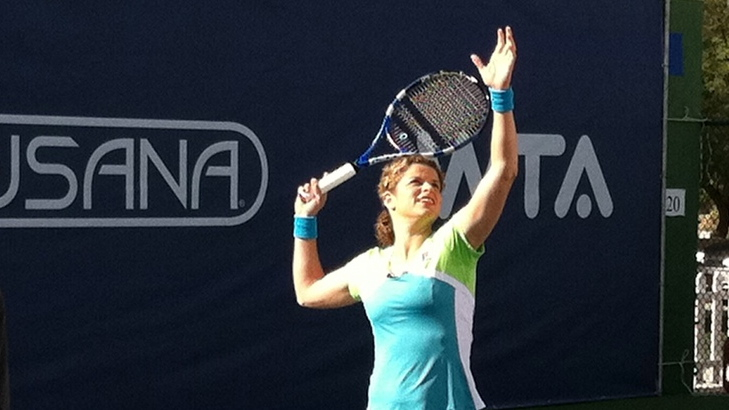 Inside the large rectangle there are five others. It’s the same on the other side of the net. Clay, grass, or hard court, it’s 36 feet wide and 78 feet long — all sure, sharp corners and 2-inch-wide straight lines.

We have watched what happens inside those boxes. We know whoever stays inside the lines the best can do big things. We know what’s possible because we’ve seen it done. 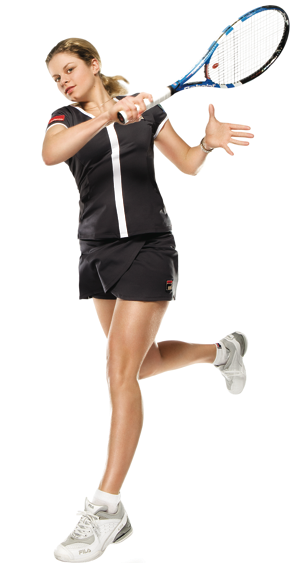 For fans of the sport, it’s hard not to view the pros who frequent the tennis court in that frame. It’s even harder not to see success as a matter of never straying from the boxes. The challenge, then, at the end of a career, isn’t watching one of your favorites stay inside the lines — it’s what happens when they choose to make those boxes disappear.

In the case of Kim Clijsters, we’ve experienced it before.

It was 2007, a month before she turned 24. Kim had been saying all along she was going to retire at the end of the year, pushed by injuries and a desire to start a family. The first Belgian tennis player to reach No. 1 in the world — at the age of 20 — and the winner of the 2005 US Open said she was permanently erasing the boxes that had given us context since she turned pro at age 14.

Three Grand Slams later, at 29, mother of a 4-year-old named Jada, you can see the boxes fading again. Only this time, after the 2012 US Open — the site of some of her career’s greatest accomplishments — those lines around Kim Clijsters will disappear. And this time, they aren’t coming back.

She started playing tennis at 5 with her cousins while her soccer player father and supportive mother — a former national gymnastics champion herself — traveled to matches around Europe. Kim fell in love with the sport and was very passionate about practicing and trying to improve.

There’s a video somewhere of Kim — 7 or 8 years old — talking about her dreams as a tennis player. All she wanted to do was be No. 1 someday and stand across the net from Steffi Graf, her favorite player.

With her dad, Leo — a defender on the Belgian national soccer team — giving her a good example of how to be a professional athlete, she eventually achieved those dreams. In 1999, at Wimbledon, she lost to Graf. Four years later, Kim topped the world rankings.

So what happens when you’ve achieved your dreams?

You move on to new ones, those that exist outside the tennis rectangle. Kim married an American basketball player who was plying his trade professionally in Belgium. Then in February 2008, Jada was born. Kim was away from the court for 27 months.

The love for her sport never died. Kim wasn’t able to totally erase the lines of the tennis court from her life. But she said the time away from the game made her more of a complete person. It may have made her a better player, too.

In her third tournament back from retirement, an unseeded Kim won her second US Open singles title. At center court she held two prized possessions — the trophy for her second singles Grand Slam and her 18-month-old daughter. Kim became the first mother to win a Grand Slam event since Evonne Goolagong Cawley won at Wimbledon in 1980.

The comeback didn’t end there. Kim earned her second-straight US Open singles title in 2010 and finished the year ranked No. 3 in the world. She started 2011 by winning her first Australian Open — a tournament where she’d made four trips to the semifinals and earned a spot in the championship match in 2004. All this winning while being a mom, too. 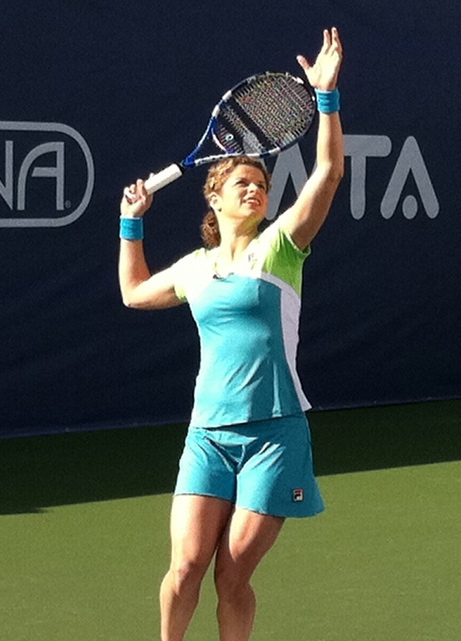 What you don’t see at a tournament is what’s waiting back at the house or hotel. Jada and homemade dinner and a story.

They take a nanny with them when they go to tournaments, but Kim still likes to make Jada a meal, hear about her daughter’s day, and read her a story before bed. Win or lose, she’s still Mom.

That means trips to the organic grocery store when she’s home, and time spent making healthy meals in the kitchen and on the road. Eating well is very important to Kim. They only buy organic food at home, only drink water at the table, and try to keep Jada’s sugar intake really low. Eating good food and staying healthy is something she learned from her parents, and it’s something she wants to pass down as well. It’s little wonder that Kim has embraced health by becoming one of the USANA brand ambassadors from the Women’s Tennis Association (WTA).

This is the year of lasts for Kim. Twenty-twelve is her last season, her last Wimbledon, her last shot at the Summer Games, her last visit to the spot where she’s won three times — the US Open, which will be her final professional tournament.

After making it to the semifinals at the Australian Open, Kim’s 2012 has been marred with ankle and hip injuries. For the first time in more than a decade, Kim went into the All England Club, site of Wimbledon — where she won her only doubles Grand Slam in 2003 as an unseeded player. This time, her final match at the tournament was a fourth-round loss in straight sets to Germany’s Angelique Kerber.

It wasn’t the the last time Kim set foot on the hallowed grounds of the All England Club, though. She played for her country and made her Summer Games debut in London. The 2012 Games were her goal from the start of her comeback in 2009. Kim made it to the quarterfinals, falling to Maria Sharapova 6-2, 7-5.

No matter what happens, after she crosses the lines at the US Open for the last time, she’ll be spending the rest of her life beyond the frame of tennis. She will have made the boxes disappear, leaving room for the next few years to be all about expansion.

There’s the family. Kim and her husband would like to have another child. But that’s not all. Kim bought the tennis club in Belgium where she trains, and plans to expand it. There will be renovations and additions — a yoga studio, a healthy restaurant, a staff dietician, massage, and acupuncture. It will be a place for professional athletes and others to get everything they need under one roof. The club will service the complete person — the one inside the thick white lines of the tennis court, and the one who exists outside the box, as well. 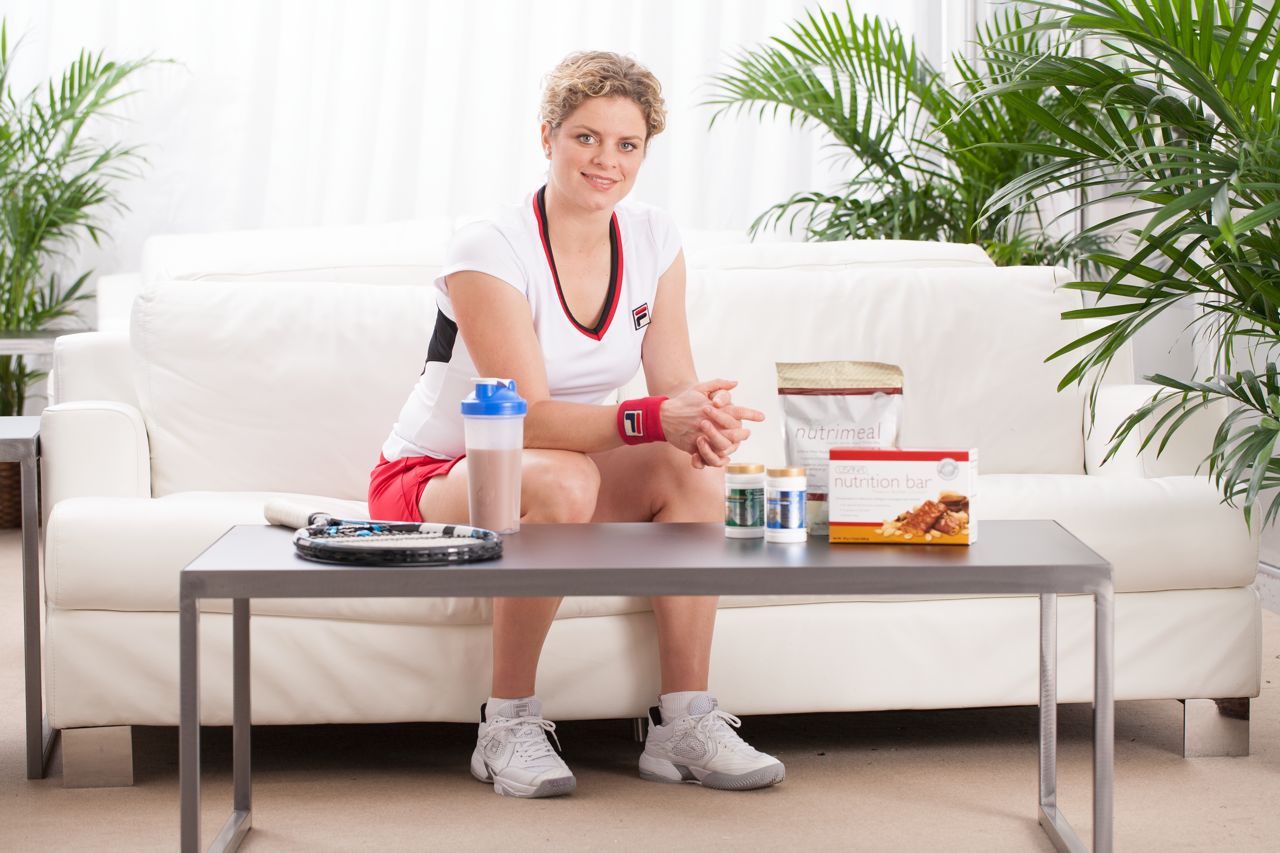 Read more about the athletes and organizations that trust their health to USANA’s award-winning products in the athlete series archives.