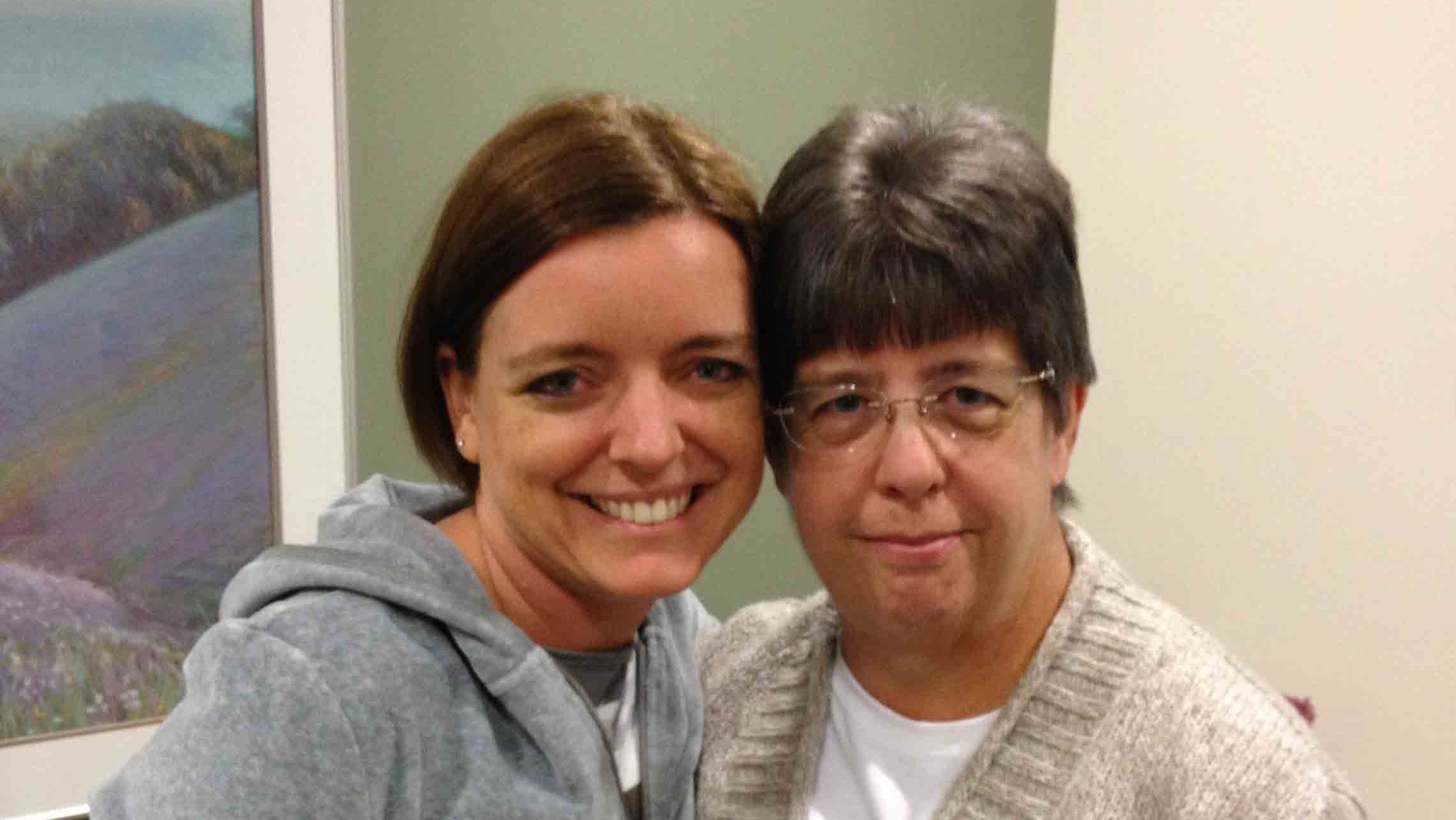 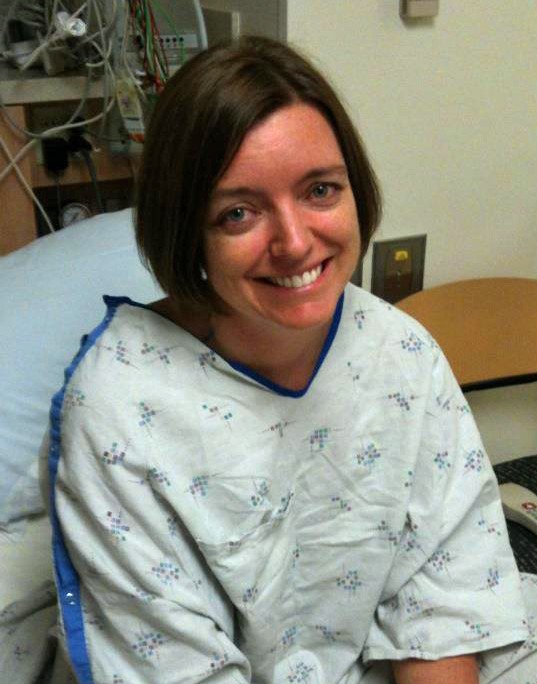 At USANA, we often talk about giving the gift of health. Gold Director Traci Castañeda has taken that idea one step further. This past October, she gave the gift of life.

On Oct. 23, Traci donated a kidney to Rhonda, an acquaintance and fellow member of her church. Making the decision to donate wasn’t easy, but after examining the events leading up to it, Traci felt it was something she had to do.

Earlier this year, another member of the USANA family was taking part in organ donation, this time as a recipient. All of USANA — Traci included — embraced the emotional and inspirational story of Sharlie Kaltenbach.

“Back in February when Sharlie received the call for her double-lung and heart transplant, I followed closely through Facebook, looking for every update, praying, posting and reposting her story,” Traci tells What’s Up, USANA? “I was amazed, by Sharlie of course, but also by the whole transplant process.”

At the same time Sharlie was undergoing her transplant, Ellen, another member of Traci’s church, was being tested as a possible donor for Rhonda. More than a week into the transplant process with Sharlie, Traci found out that Ellen was no longer able to donate.

“I believe that following Sharlie’s story had, unbeknownst to me, been preparing my mind and heart for what was next,” Traci says. “I immediately felt that nudge to do something. I realized that I couldn’t sit across the aisle in church from Rhonda if I did nothing. So I talked with my husband, Joe, and we decided to call the transplant coordinator and see what the steps were.” 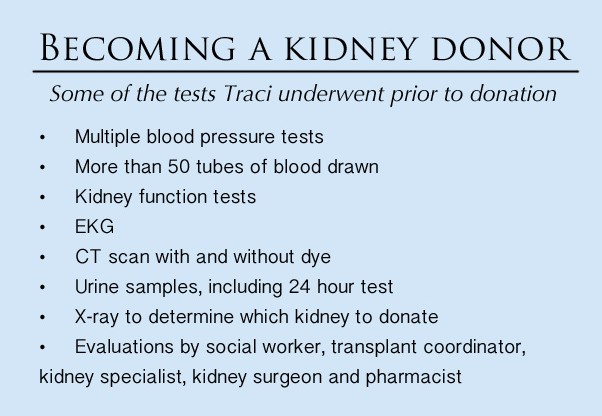 That first conversation with the transplant coordinator at Oregon Health Sciences University in Portland, Ore., included 20-30 minutes of questions ranging from “Do you have tattoos?” to “Why do you want to do this?” and every medical and non-medical question in-between.

Next came lots of tests — about three months worth. But it was all worth it when the doctors and transplant staff gave Traci the green light. After that, setting a date was easy. Rhonda and Traci agreed on October so that Traci could spend the summer playing with her kids and go on a vacation to Hawaii with her husband in September.

The day before surgery, Traci had a few more blood tests, and she and Rhonda met with the anesthesiologist. Everything was fine, and the two friends were ready to go. A successful transplant took place the next day.

Traci and Rhonda are both continuing on the path of recovery. 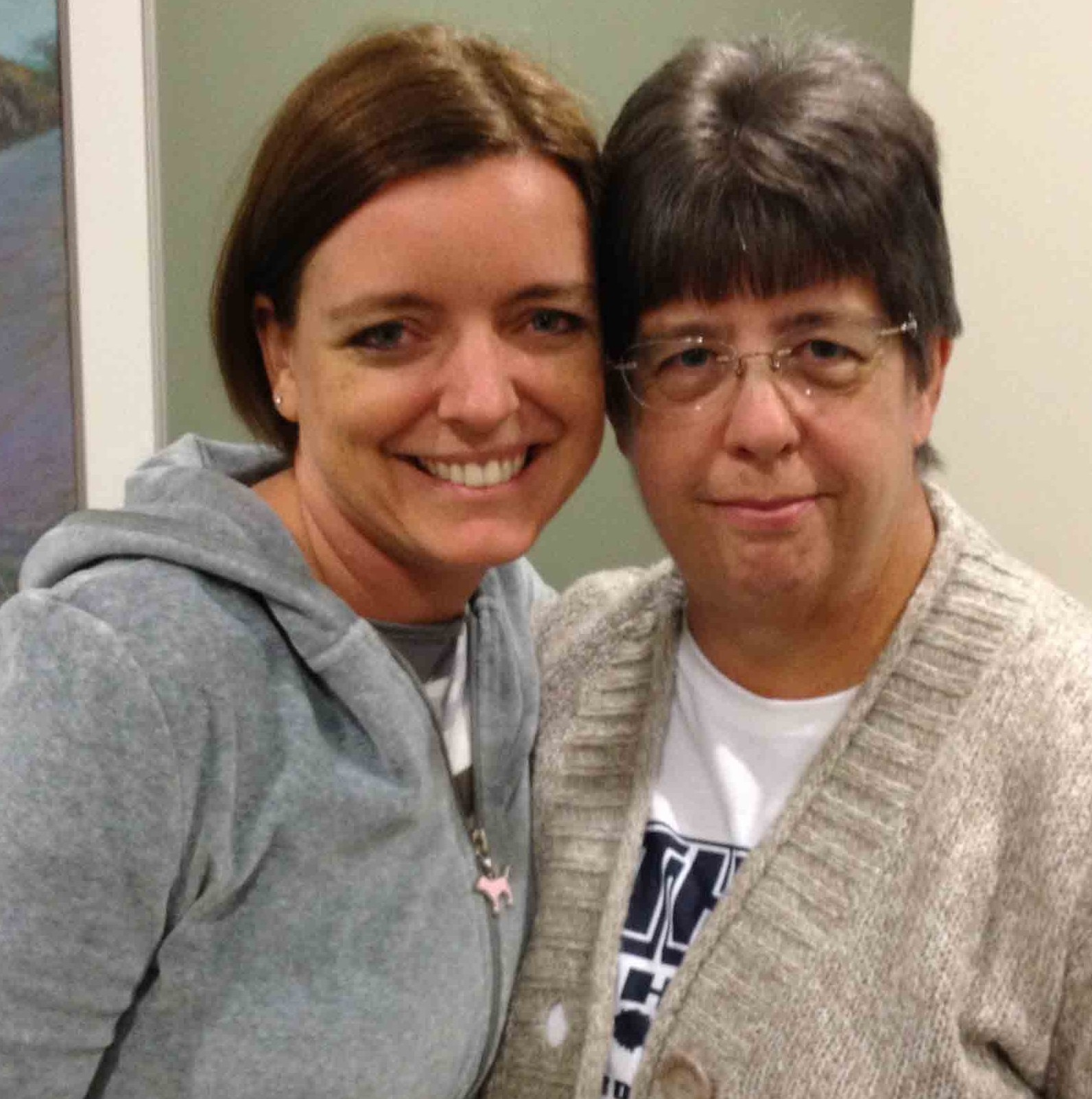 The “kidney twins” — Traci and Rhonda

Traci says she’s getting stronger and won’t need any more blood draws until the six-month point.

Rhonda will continue to have labs done several days a week, as her doctors keep a close eye on the kidney and tweak her medications, but she’s doing great, Traci says.

“The amazing part to me is how much better she felt immediately. The day after surgery she was sitting in a chair, chatting away for 45 minutes at a time. I was not so chipper the day after surgery. … She seems to have a little spring in her step each time I see her. I don’t think she realized how sick she was before the surgery because not feeling well had become her normal.”

Through everything, Traci’s family has been by her side. They’ve approached the situation with humor and love.

“Joe has been Super Dad and super caretaker during this whole recovery journey,” Traci says.

“The kids (15, 11, 9 and 6) have stepped up and helped me and helped around the house. Joe managed to get Halloween costumes for the kids and pumpkins for carving, which was just one week post-surgery. Being slower, sleeping more, chillin’ on the couch and not driving has been an adjustment, but they have rolled with it quite well.”

Traci says USANA made donating a kidney possible. “I could never have chosen to donate my kidney without the health and residual wealth benefits of USANA. In what other industry can you actually take three to six weeks off and still get paid every week? I wouldn’t trade this for anything.”

USANA has given Traci the ability to shift her focus. “Joe is a youth pastor, and I have been able to travel with him to retreats, conferences and when he speaks at youth camps. I have had lots of space to do ministry while still creating a substantial income for our family.” 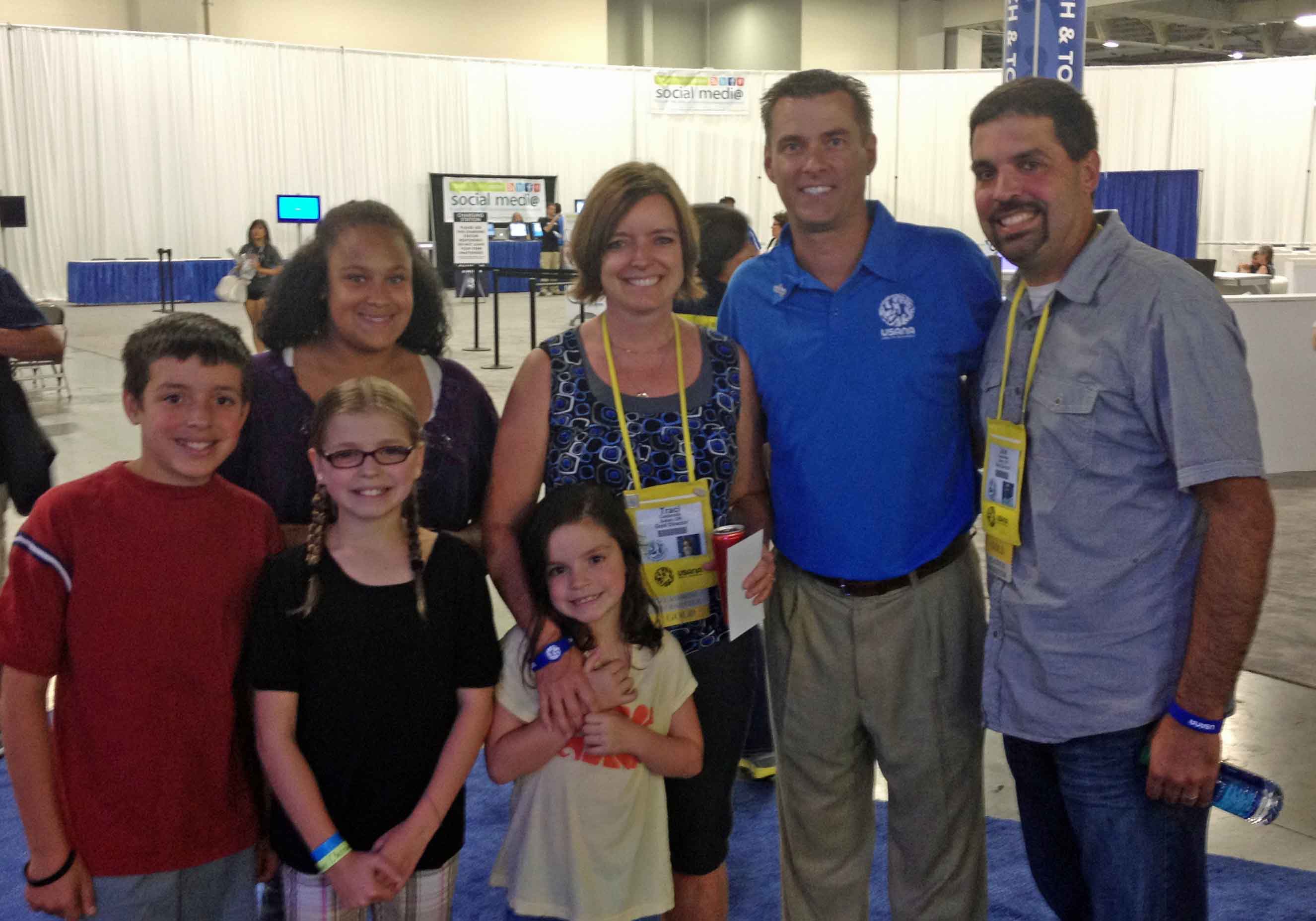 It has also brought benefits to the health of Traci’s family. “We have made lifestyle changes along with consistent supplementation since joining USANA and have seen huge improvements for ourselves (my husband and I) and our kids,” she says.

“This whole thing was one of the most unlikely things for me to choose to do on my own,” she says. “That’s part of why I’m confident God was working and moving in my heart through Sharlie’s story and even through Ellen going as far as she could in the process to donate her kidney to Rhonda.”

Living Life to its Fullest

Traci is continuing to process this leg of her life journey, but she’s already noticed changes coming from within. 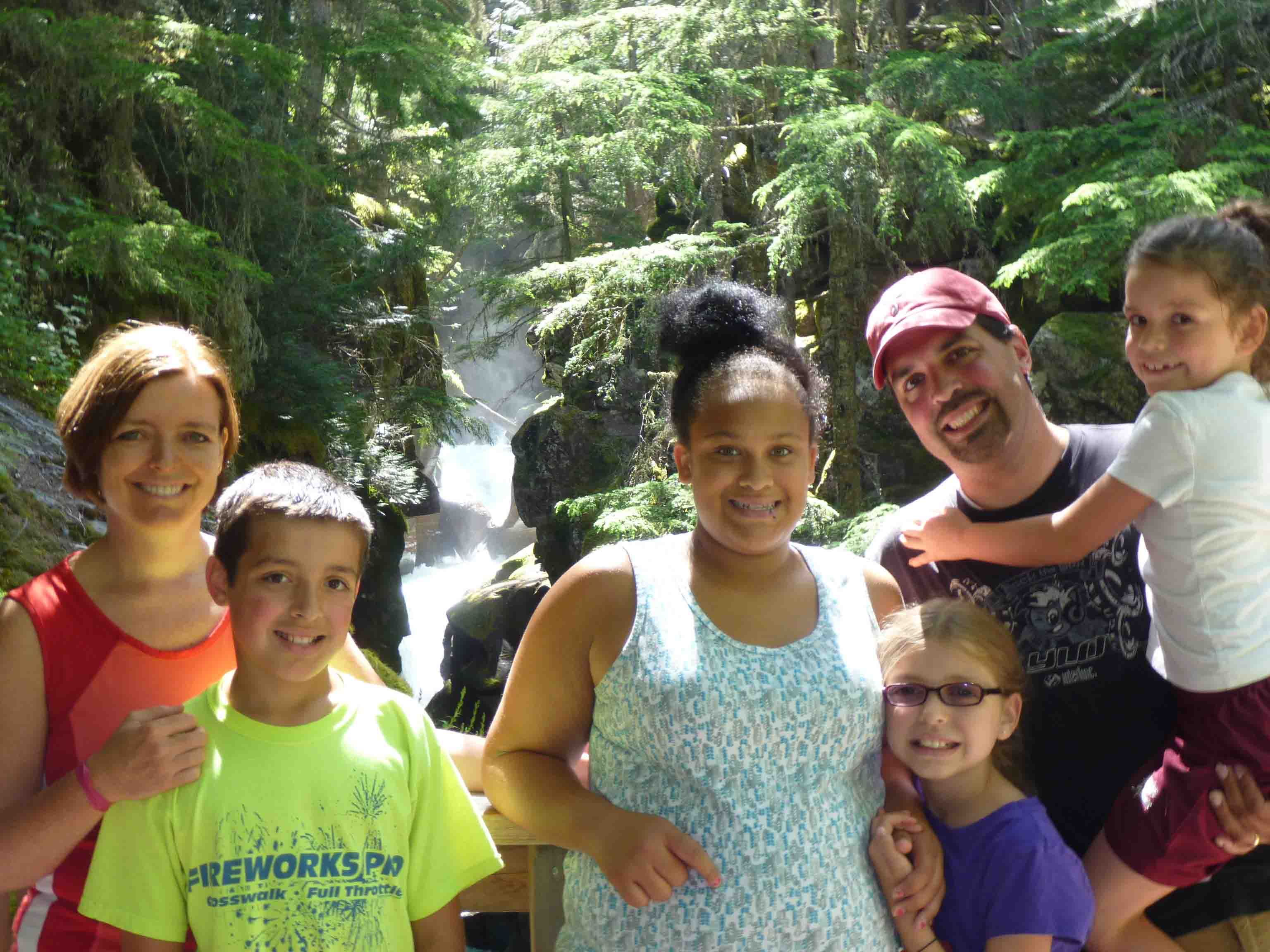 “I’m just plain different,” she says. “I see life through different eyes. I’m grounded and at peace. I recognize God’s hand in my life in a greater way, and I am 100 times more thankful for all that I’ve been given in this life — especially my health and my family/friends. I love more deeply, feel compassion more fully and want to pursue my passions and dreams more intensely.”

Traci wants to live an extraordinary life. She used to have small dreams, just trying to get by. Now, she dreams bigger, further into the future, with a greater impact.

“I want to come to the end of life with the feeling like at the end of a roller coaster — heart racing, hair blown back, tear-stained face, big smile — knowing I had given everything and that was the best ride ever,” she says. “I don’t know what the next extraordinary moment will be for me, but I know I will find it when I keep following my heart and trusting the path God puts before me.”