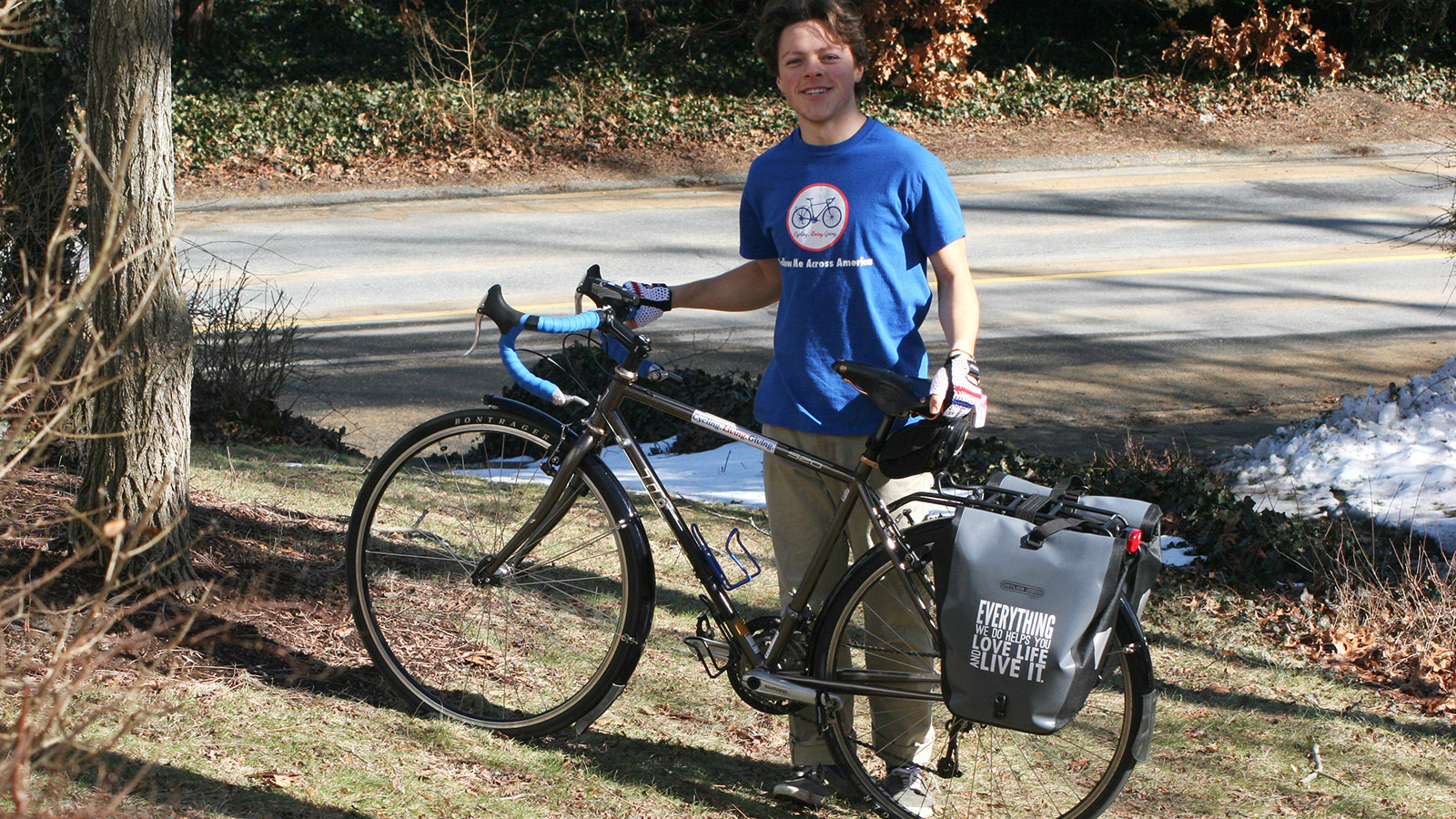 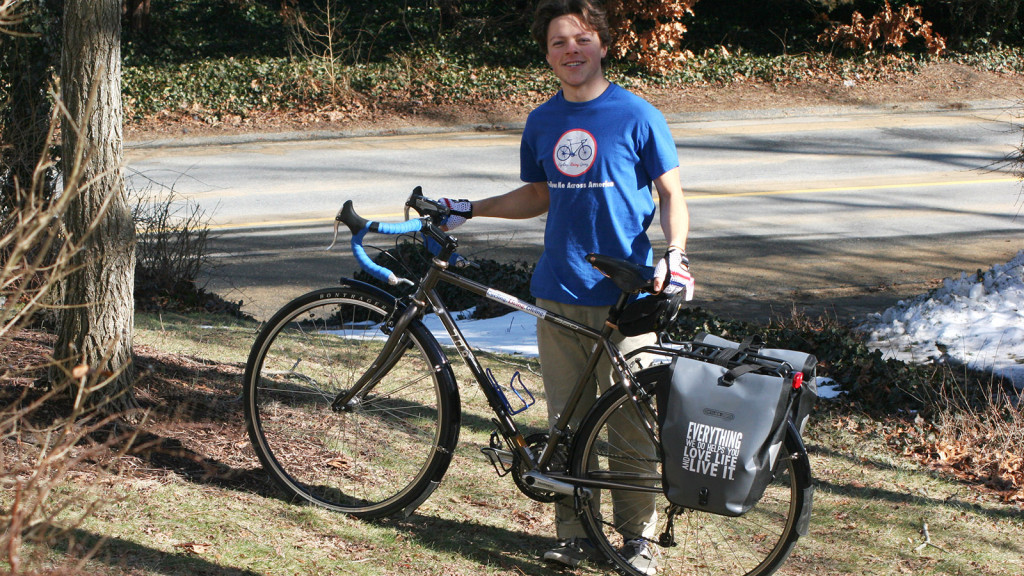 Isaiah Rain Maynard stands next to the bike he will ride across the U.S.

The training wheels went with the blue bike. The one he picked out and outgrew. When he no longer needed it, Isaiah Rain Maynard was sad — like only a kid who’s lost his first bike can be. 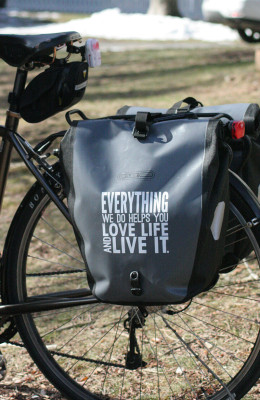 The next one didn’t have shocks or gears. It wasn’t green like his sister’s, but it was a “bike-bike.” His dad bought it at a yard sale and Isaiah learned to ride it in loops, with no hands, around the cul-de-sac at the end of his street.

Now he’s newly 18 and he can safely operate a unicycle. But he’s taking his newer, fancier bike the approximately 3,750 miles from Port Townsend, Wash., to Martha’s Vineyard, Mass.

The training wheels are a distant memory.

His mom did it.

His dad did it. 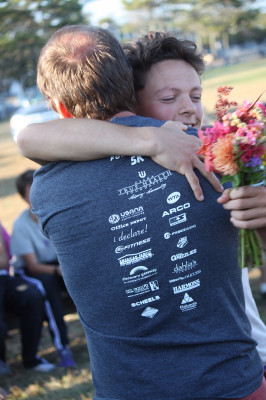 Isaiah Rain Maynard hugs his dad, who is a USANA Associate.

So maybe this trek across the United States is an unavoidable consequence of nature. Or maybe it’s nurture — being exposed to the stories his entire life and seeing the pictures his dad took of Going-to-the-Sun Road in Glacier National Park.

Whatever the explanation, Isaiah will be riding a familiar familial path when he embarks on June 16.

And, by necessity, the day-to-day realities of the trip will be about the same. “It’s pretty much eat, sleep, and bike,” he says.

Things will be different, of course. When his dad made the trip, he stopped at pay phones and called information when he needed to find a place to stay or somewhere to eat. Isaiah just needs a little bit of reception to connect to the Internet, to have the world at his fingertips.

But he’s not staying too connected. Blogging is a natural progression from the journaling he’ll be doing. And Isaiah is sending updates to Instagram, as well. For an 18-year-old in 2014, that’s basically living completely off the grid.

Isaiah isn’t your average 18-year-old kid, though. The site he created for the trip makes that perfectly clear.

He talks about his journey helping inspire people by showing them anything is possible when you focus. He understands the life-altering nature of an experience like this. And this isn’t just a personal journey. Isaiah is using his trip across America to raise $10,000 for the USANA True Health Foundation.

His dad has been an Associate for 19 years, and Isaiah will be joining USANA full-time after his ride, but that isn’t the reason he chose the charity.

“I think helping people is really important, and I think the True Health Foundation offers that help,” he says.

He was also impressed by the Foundation’s guarantee that 100-percent of the funds raised will go to those in need. 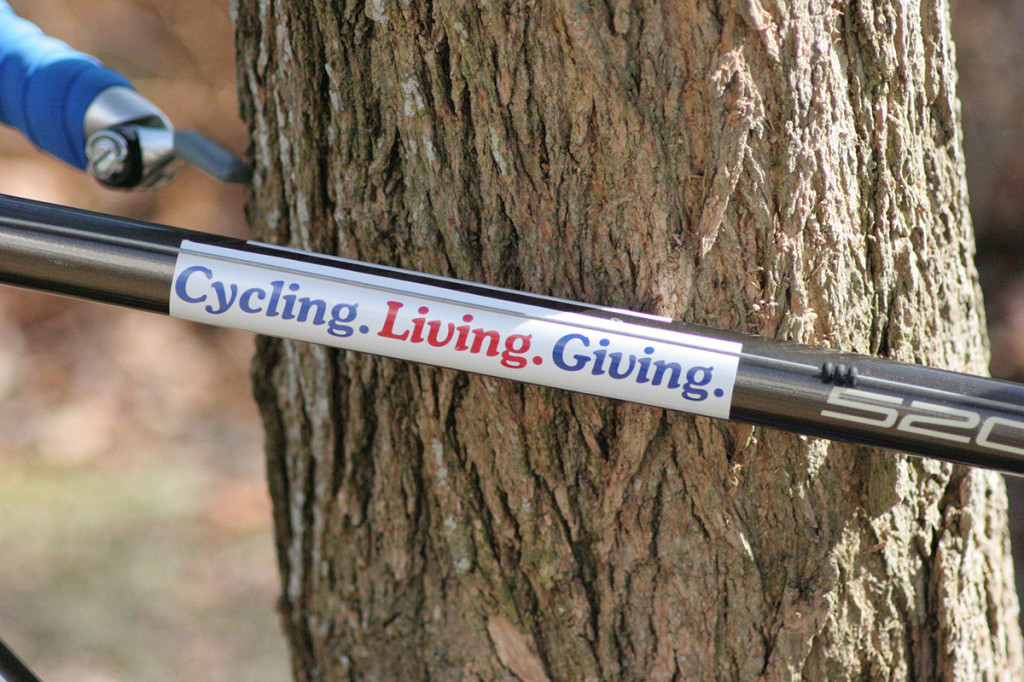 Isaiah’s ride isn’t a purely altruistic adventure. He’s doing it to instill “a strong belief that I can do anything.” He’ll be completing a goal he’s had for two year. And in the process, he’ll find out a lot about himself.

“I can’t imagine I wouldn’t learn anything about myself if I’m by myself biking with my own thoughts all day,” he says.

The payoffs aren’t all internal. There will be the scenery and the experiences. Isaiah will get to visit states he hasn’t been to — Idaho, Montana, North Dakota, Wisconsin, and Michigan. He’ll have his own pictures of Glacier National Park, and have his own stories to tell.

And they’ll all be hard earned. Biking almost 4,000 miles isn’t easy. Isaiah’s in good shape — he did win the 2013 Champions for Change 5K. But nothing really prepares someone for biking 10 hours a day, expect for spending that much time in the saddle. 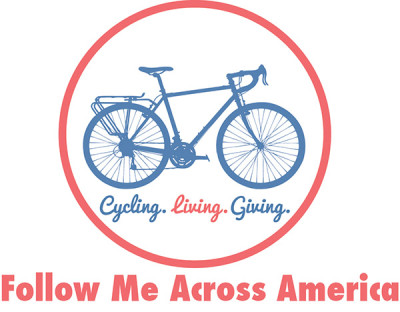 There will be obstacles and challenges along the way. It wouldn’t be an epic journey without them. But Isaiah will be fine. He hasn’t needed training wheels in a long time.