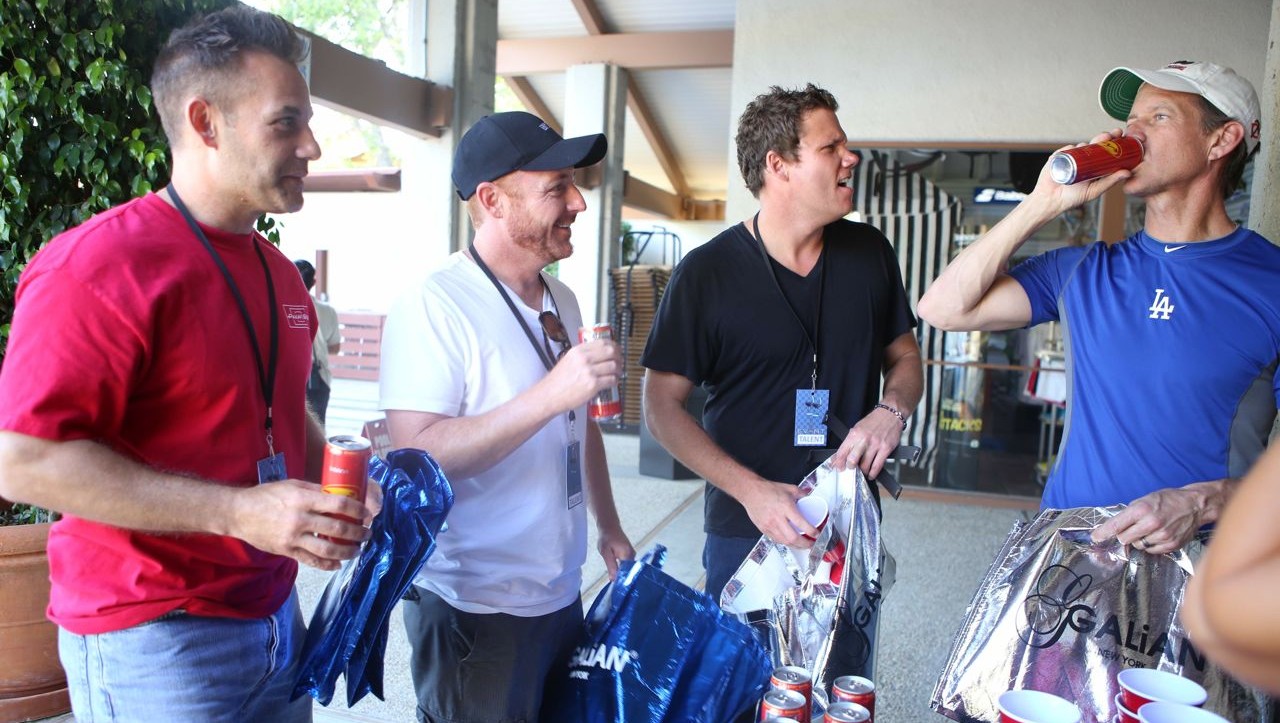 Almost everyone has imagined what it would be like to rock the mic in front of thousands of adoring fans or see their face staring back at them when they flip on the television. At least, I know I have. Seriously, how amazing would it be to live the life of a musician and television actor?

Well, the gentlemen of the up-and-coming Band from TV are living the dream!

USANA was fortunate to spend the day with the group for a special event at the Calabasas Tennis and Swim Center on June 8 in sunny California. The talented group was all smiles when they saw what fun stuff USANA brought to the party.

To say they were enthusiastic about their gifts would be an understatement. The band even performed a few of their favorite hits for the other guests!

And no party would be complete with out some energizing Rev3 Energy® cans floating around. 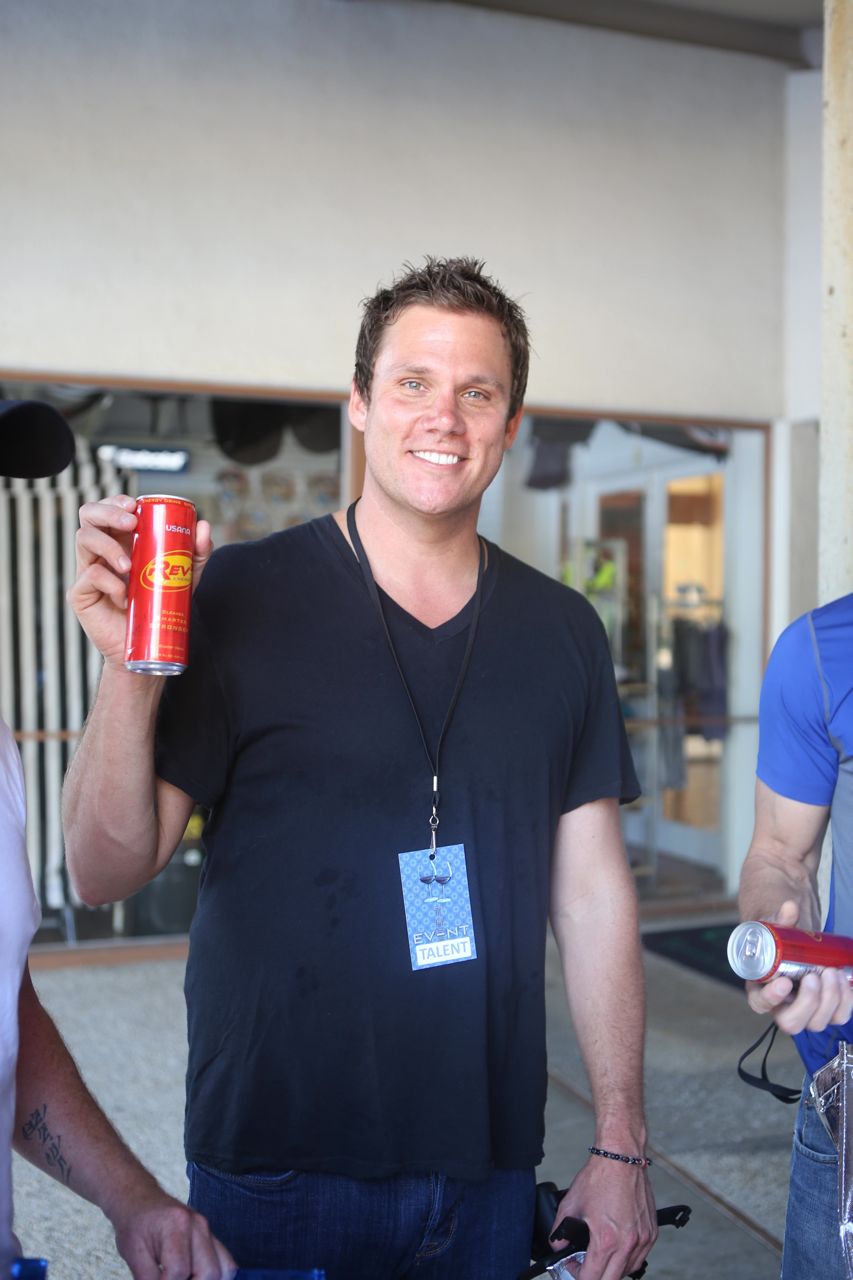 Band from TV founder Greg Grunberg, of Alias and Heroes fame, plays the drums in the eclectic group of handsome men and has been a long-time user of USANA’s Nutrimeal.

“We love USANA’s Nutrimeal as a way to start our day,” Grunberg raves. “My three children and I love the chocolate flavor, while my wife, Elizabeth, swears by the strawberry.”

Other members of  Band from TV  include:

But how cool is this? The band even has other musically talented celebrities such as Scott Foley, Scandal and The Goodwin Games, preform with the group whenever they feel like it. House’s Hugh Laurie has also been spotted performing with the band on a few occasions. 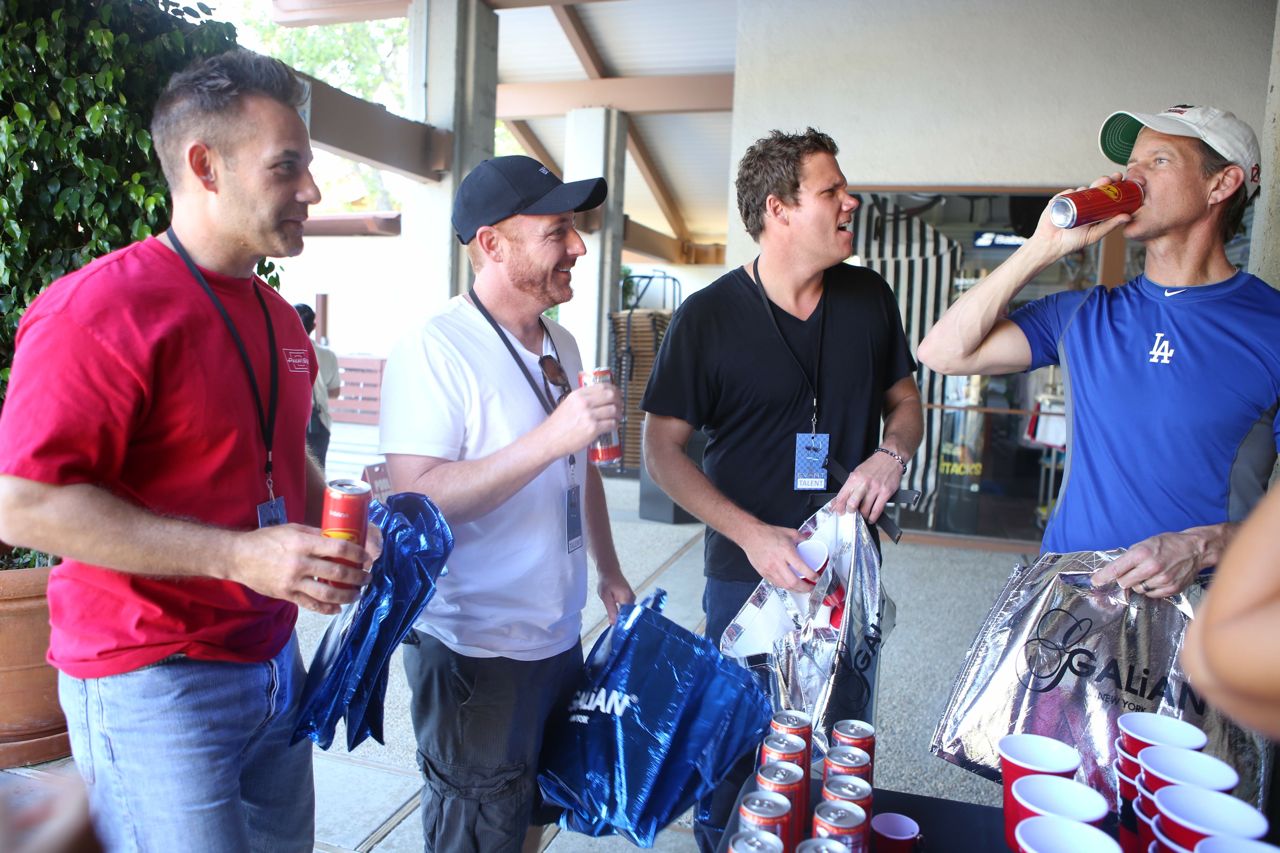 As the saying goes, you’re only as good as the company you keep and clearly. USANA keeps fantastic company! The Band from TV may have started making music with their friends and colleagues just for the fun of it, but it’s turned out to be quite the charitable cause.

“Our charity is the Talk About It Foundation (TalkAboutIt.org),” Grunberg says. “It is dedicated to helping people live well with epilepsy.”

Check out a video of the Band from TV performing here. I don’t think you’ll be disappointed.