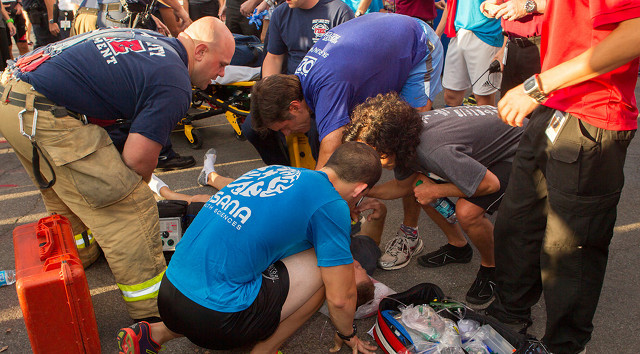 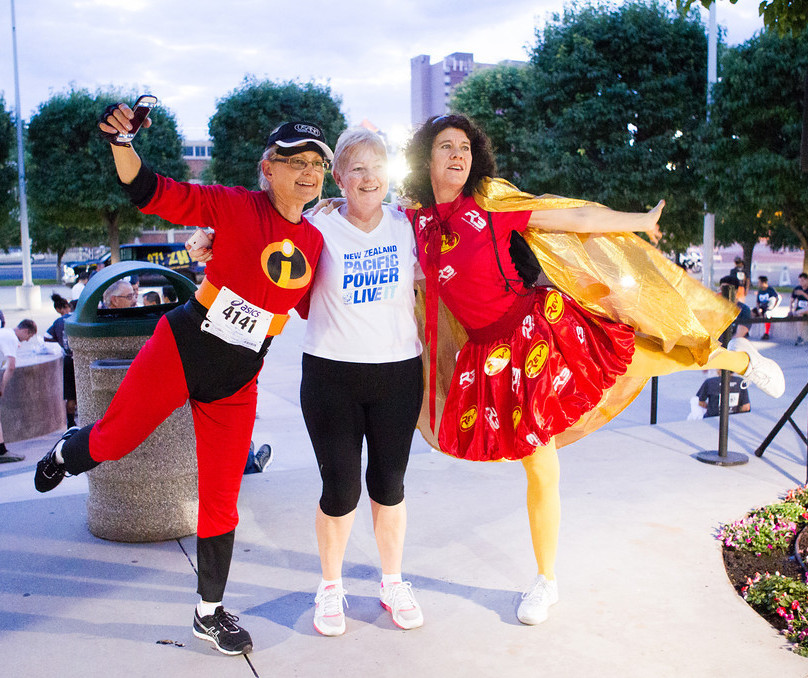 It started out like every other USANA Champions for Change 5k.

Around “o-dark-thirty,” teams of USANA runners, more than 2,500 of them, converged upon the Energy Solutions Arena in Salt Lake City. Some of them dressed as super heroes, some of them outfitted as… I’m not sure what, but all of them garbed ready to run the annual race that raises money for the USANA True Health Foundation.

As tradition holds, Kathy Kaehler, USANA’s spokesperson, celebrity trainer, and fitness expert, led the warm-up to get the enthusiastic runners ready for the 3.1-mile race. 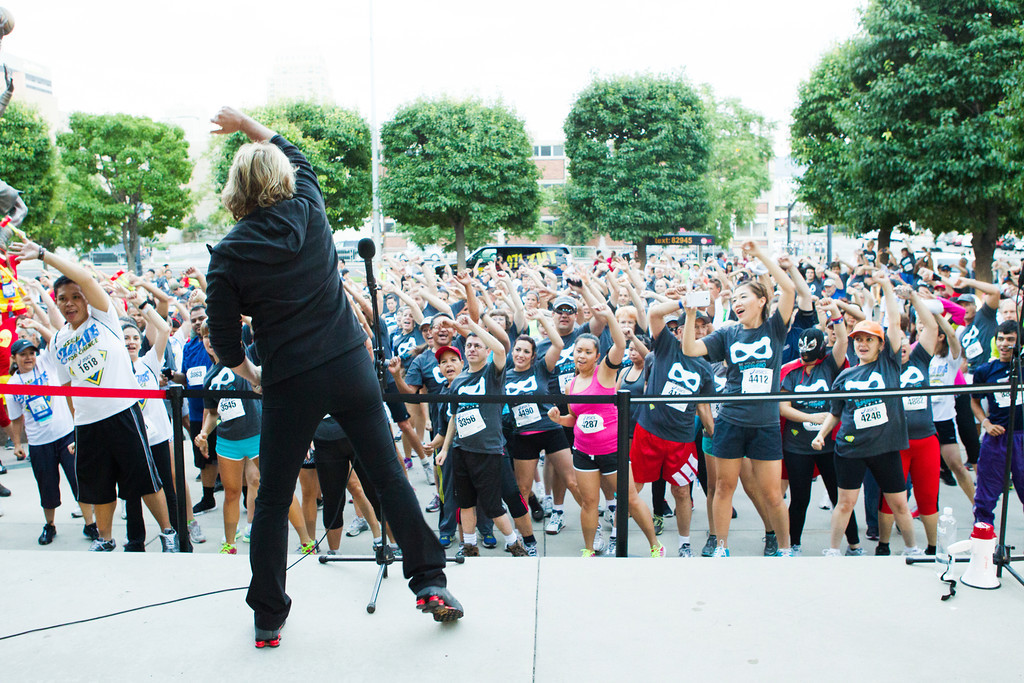 But unlike any other USANA 5k, one very important participant — Dr. Mehmet Oz, cardiothoracic surgeon and two-time Daytime Emmy Award-winning host of the three-time Daytime Emmy Award-winning The Dr. Oz Show — took the stage, to welcome participants from 19 countries, thank the many sponsors who made the event possible, and show his gratitude to USANA for all the support it gives to his charitable foundation, HealthCorps. 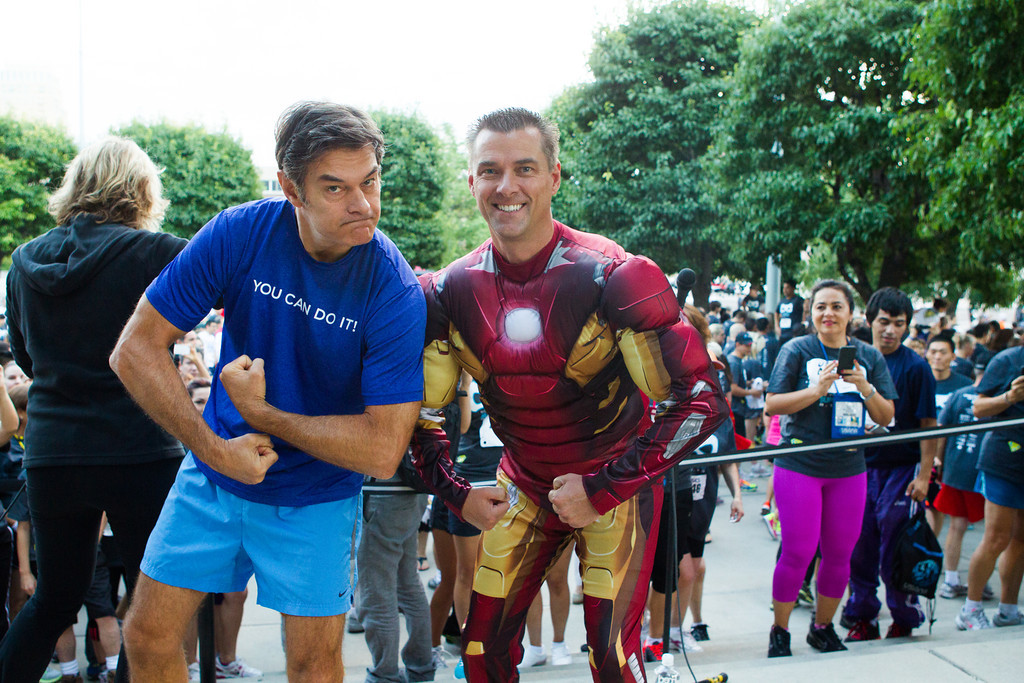 Dressed in a cape, athletic t-shirt, and running shorts, Dr. Oz hit the pavement at 7 a.m. — alongside thousands — to support a cause that helps provide the basic necessities to children all over the world. Just 19.35 minutes later, Isaiah Rain Maynard, a 17-year-old high school student from Martha’s Vineyard, Mass., was the first to cross the finish line. Less than two minutes later, Evelyn Young of Salem, Ore., made her way through the USANA arch, to be declared the winning female. 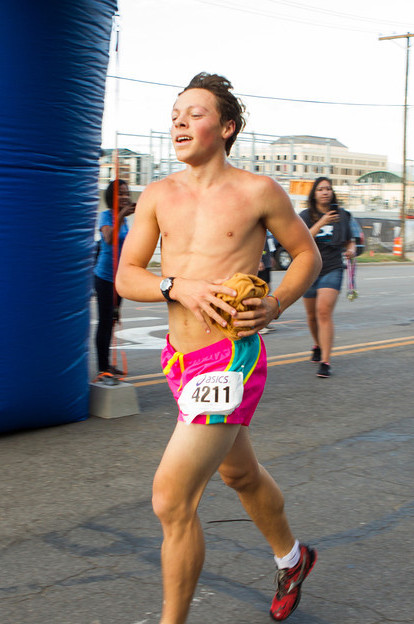 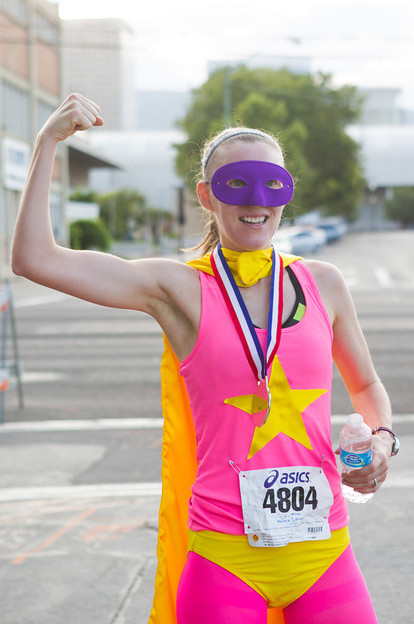 Then the unexpected happened.

As Dr. Oz crossed the finish line, a man collapsed right in front of him. Ken Roosa, who was running his first 5k, was unable to breathe, and frothy liquid was foaming at his mouth.

Without hesitation, Dr. Oz jumped into action. Knowing the man was most likely suffering from pulmonary edema (according to his symptoms), Dr. Oz listened to his heart. Roosa was soon given oxygen followed by several bags of intravenous fluids. 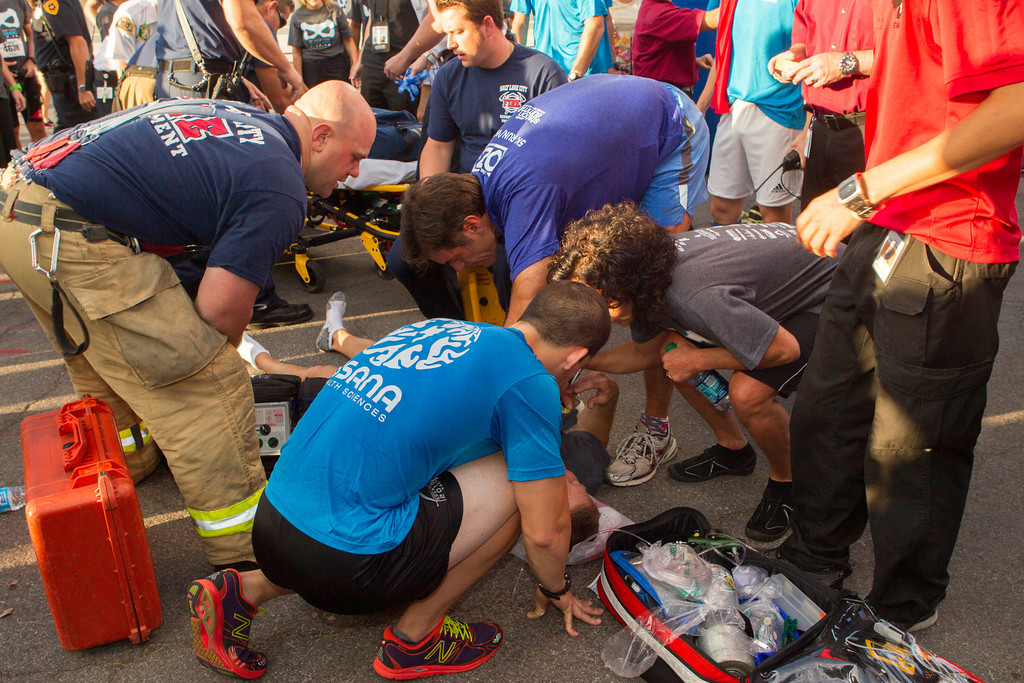 Dr. Oz and other first responders come to the aid of a fallen runner.

Being a true super hero, Dr. Oz stayed with the collapsed runner until emergency crews arrived. Later that day, Dr. Oz visited Roosa in the hospital, stating via his Facebook page, “I just saw him and he looks much better. Ken was lucky. I want you to all remember to stay cool in the heat. Just to be sure, I may jog with Ken for the foreseeable future!” 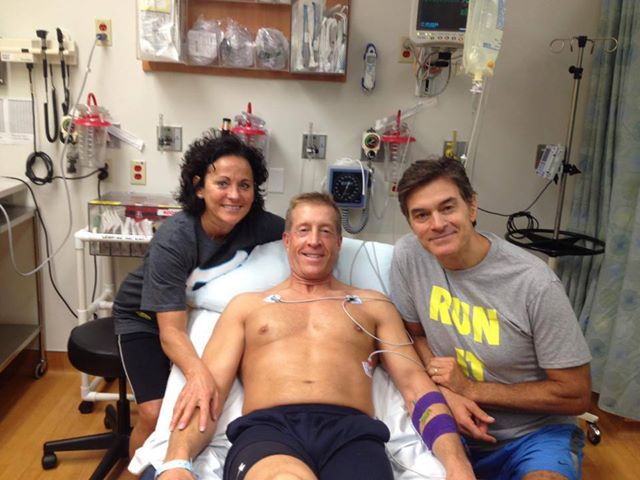 From amidst the masks, capes, belts and spandex, a real-life super hero emerged at the 2013 USANA Champions for Change 5k. Thank you, Dr. Oz, for providing care to one of USANA’s own and giving this story a happy ending.

We are thrilled to report that Ken Roosa spent this past week in Park City, Utah, hiking and staying active after his doctor gave him a clean bill of health.

For more information on this amazing story, please see the following media links:

Dr. Oz to the Rescue!

Dr. Oz Rushes to Save Fallen Runner and Woman Struck By Taxi

Dr. Oz comes to the rescue after runner collapses

5K with a cause draws Dr. Oz to Salt Lake City