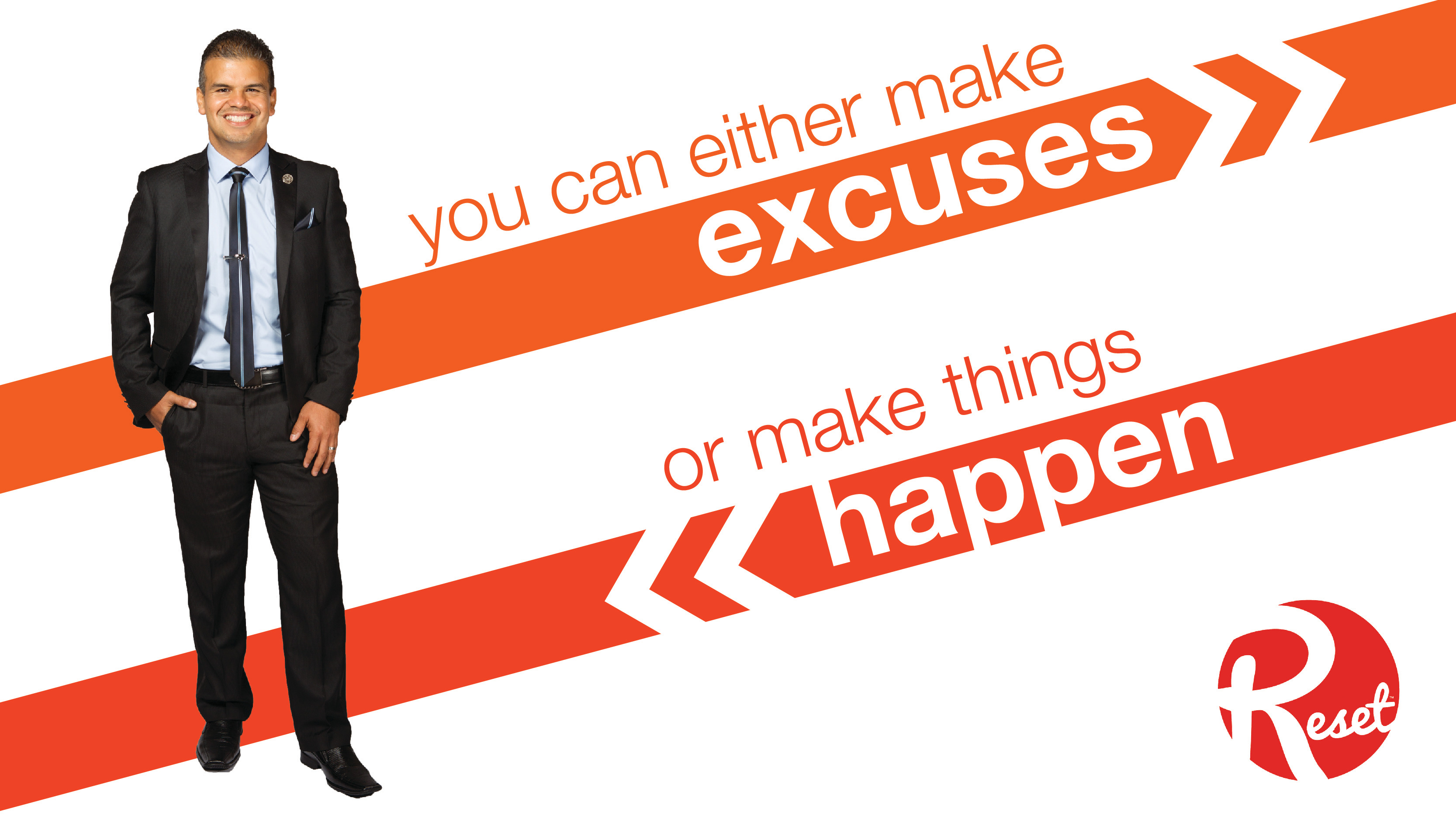 If you’ve ever met Vicente Gutierrez you know he loves taking selfies, especially while wearing his elevation-training mask — a mask that makes him look like the villain Bane from The Dark Knight Rises. 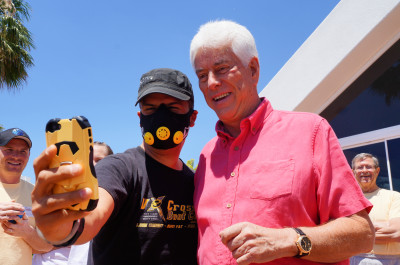 Vicente taking a selfie with Dr. Myron Wentz at Sanoviv.

But Vicente is no villain; in fact he’s just the opposite.

He’s dedicated his life to others. Whether he’s supporting his wife and two young children or helping others — teaching nutrition and exercise classes, working full time for two government agencies in Los Angeles, or running his own catering business in addition to his USANA business — Vicente is always on the move.

Because he’s been focused on everyone else but himself, Vicente has watched his weight fluctuate over the years from anywhere between 190 to 260 pounds.

When the inaugural RESET Challenge: Destination Transformation was announced last year, Vicente signed up. But he didn’t finish. In fact, he didn’t even finish the first week.

“Even though I’ve been using USANA for the last three years, I realized that I was not using the product as they are intended,” Vicente says.

It wasn’t until he decided to join 2-Star Diamond Director Michael Callejas on a trip to Colombia last October that Vicente decided to challenge himself. He not only wanted to feel the part of a healthy USANA Associate, he wanted to look the part.

“I dedicated myself to dropping 20 pounds in 20 days,” he says. “People thought I was crazy but I wanted to show them that if you utilize USANA’s Nutrimeal™ shakes and combine them with a moderate exercise program that it was possible to reach your goals, regardless of how ‘crazy’ they may seem.” 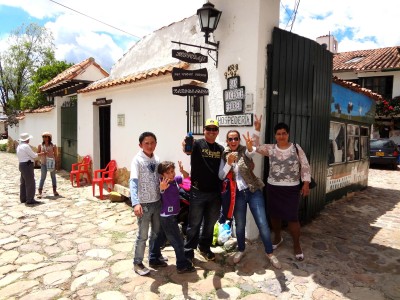 While in Colombia Vicente shared this portion of his weight loss success story with potential business partners, which helped him build relationships there.

“I can’t wait to go back to Colombia after International Convention and continue to expand my business internationally,” he says. “My friends, this is what USANA is about, building close relationships.”

After all that success, Vicente started to struggle. Throughout November and December of last year he was unable to exercise due to an injury and gained much of the weight he’d already lost. “I told myself, ‘I can’t do this. I can’t be like this,’” he says.

That’s why he wanted to give the RESET Challenge a second chance.

“That first week defined me. After losing 16 pounds that first week, I was in first place and the Challenge became a part of me. More importantly, I felt better.”

The rest of the Challenge presented its own set of trials in addition to losing weight: re-injuring his back, making sure he stayed in the top spot of the Challenge, and, most importantly, supporting his wife who was pregnant and gave birth to their son on March 8.

“I had to adjust my schedule to accommodate the changes that come with having a newborn on top of my jobs demanding more of me, hosting a six-week RESET Challenge for others, and fitting in workouts, sometimes late at night,” he says.

That hard work didn’t just pay off in weight loss, but also in his USANA business as he advanced to Silver Director the week before the RESET Challenge ended.

“I realized you can either make excuses or make things happen. You can’t do both.”

When the 12-week Challenge came to an end, Vicente lost 58 pounds, or 28 percent of his body weight — the highest percentage of anyone in North America. 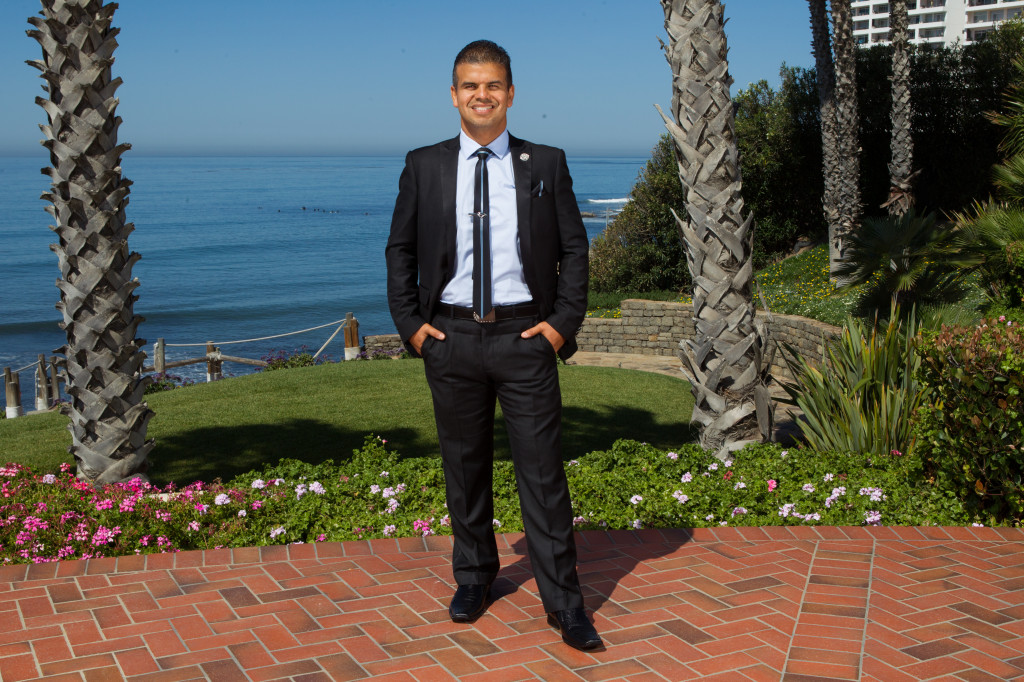 As Vicente went through his weight-loss journey he came across a website using the slogan BE212 — and no, it’s not a vitamin. BE212 means that at 211 degrees Fahrenheit water is hot, but at 212 degrees it boils. That one degree makes all the difference. 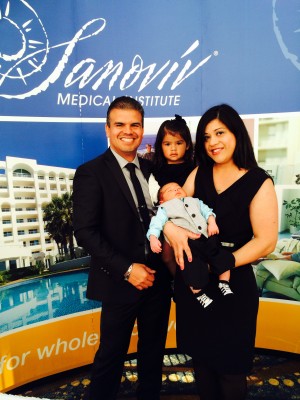 So he’s implemented BE212 into every aspect of his life.

“That one degree has kept me going,” Vicente says. “No matter what, I will be at a BE212 level. When people say they’re going to give it 110 percent, I smile and tell them, ‘That’s not enough energy to move a train!’ If you want to see change, you have to be willing to step out of your comfort zone and into the BE212 zone. You must look for the ‘why’ within to get to the next level. I started looking at life from that perspective and as I went through this journey, BE212 became part of me and my family.”

Vicente says he couldn’t have been a RESET Challenge winner without the support of his family, especially his wife, Ana — “who loves me no matter what size or shape I’m in” — God, friends, and co-workers.

“Without their encouragement and support, none of this would have been possible,” Vicente says. “I am turning 41 this year and I’m 58 pounds lighter, healthier, fitter, and happier. Opportunity never seeks us. We must seek it. People can help and encourage, but you make the choice to change. BE212 my friends.”