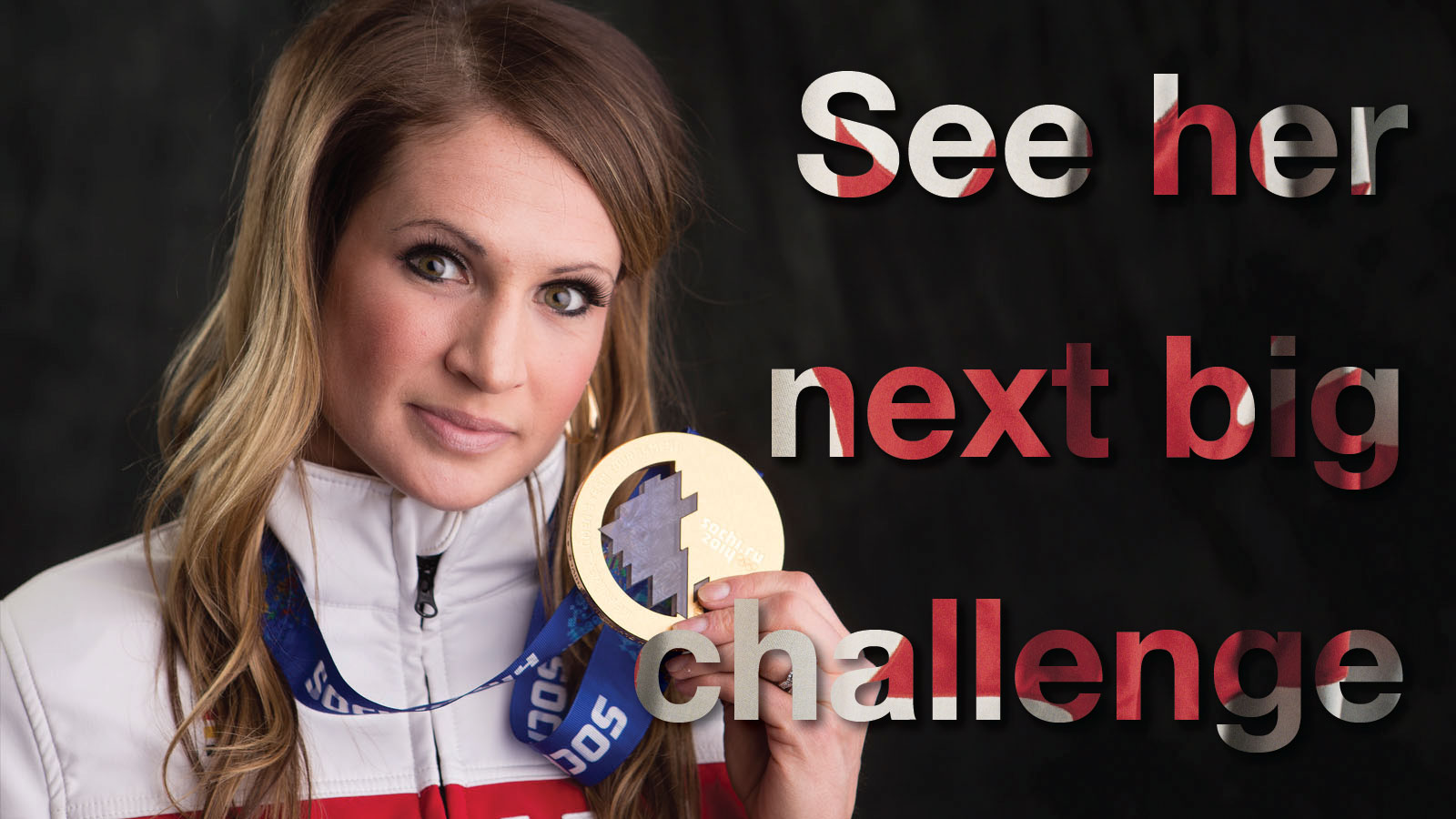 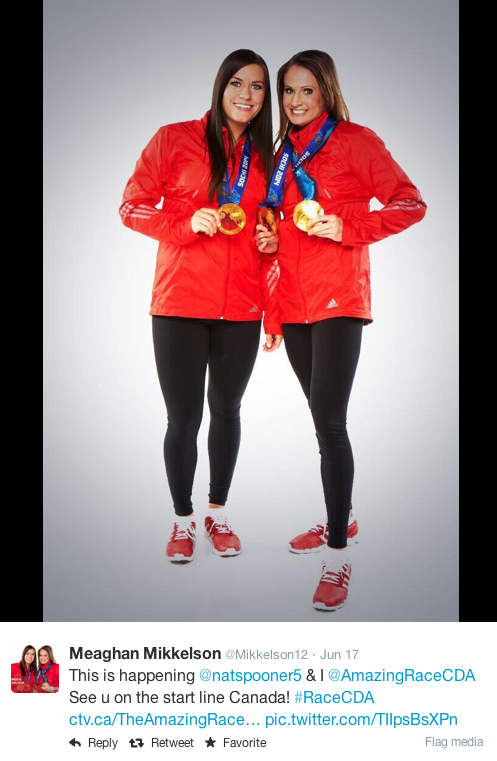 Meaghan Mikkelson is no stranger to performing under pressure.

So partnering up with teammate Natalie Spooner, 23, to compete on ‘The Amazing Race Canada’ right after their return from Sochi should be a walk in the park, right?

“Obviously the Olympics were incredible and it was an amazing experience,” Meaghan explains. “Being there is such a high, but then all of a sudden it’s over and there’s a bit of a letdown when you get home and life slows down. Jumping right into ‘the Race’ was a great transition away from the Olympics.”

You read that right. The Olympian recently stepped away from the hockey rink to participate in the second season of Canada’s most-watched television series alongside 10 other teams.

The Golden Girls (as dubbed by fellow contestants) will compete for $250,000, “gas for life” from Petro-Canada, the opportunity to fly free for a year with Air Canada worldwide, plus two trucks.

And sure, winning would make their already successful year even better, but it would also allow the duo to devote even more time to the sport they love (they don’t get paid to be on the national team) and work towards another Olympic medal in 2018. 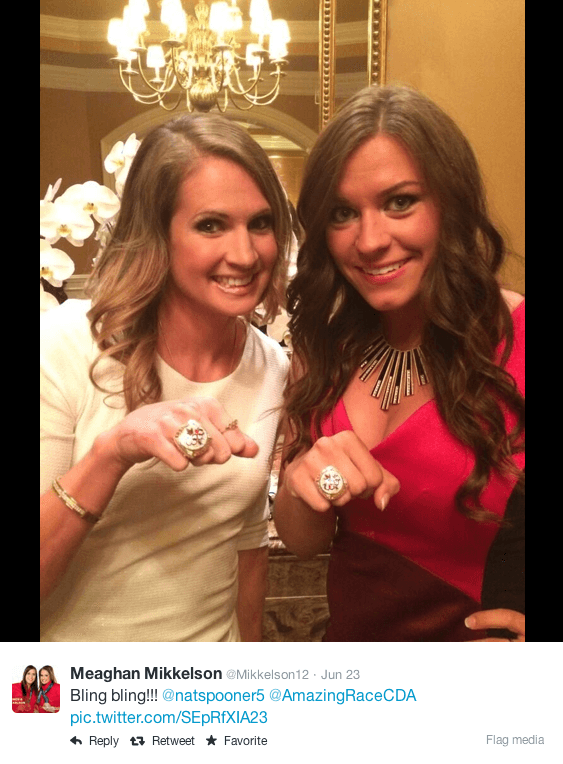 The Golden Girls show off their new Olympic rings.

“There’s no way you can prepare for anything that happens on that race,” Meaghan adds. “You wake up and you have no clue what you’re about to do that day or where you are going. There are so many unknowns which makes it mentally tough, along with being physically tough.”

But the determined women plan to take advantage of the fact that they are in top physical condition and use their individual strengths in addition to their years of experience working together as teammates to outlast their competition. (See how they stack up here!)

“Natalie is definitely one of my best friends on the team,” Meaghan says. “We had a good relationship going into this, but coming out of it, we’re closer than we’ve ever been before. I can’t wait for all of our friends and family to see how we did.”

*Note: ‘The Amazing Race Canada’ can only be viewed in Canada.