There’s a saying: ”If it’s easy, then you’re not challenging yourself enough.”  That’s why the USANA True Health Foundation dares you — whether you’re fast, slow, tall or small — to find the hero within and challenge yourself.

The superhero-themed USANA Champions for Change 5K is meant to be a fun, stress-free way to support the USANA True Health Foundation. But what if just the thought of running or even walking a 5K frightens you?

That was the story for USANA Health Sciences employee Annette Frehner.

In 2005, Annette had the first of three cervical (neck) spine surgeries resulting in permanent nerve damage, arthritis, and facet disease in her neck. 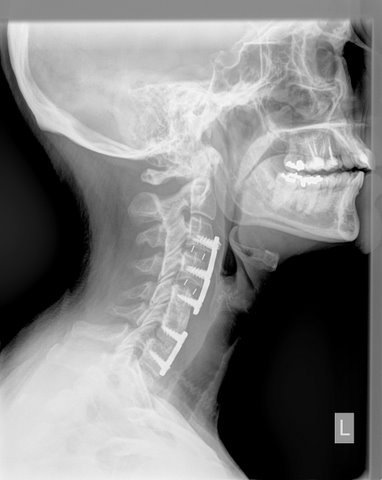 For nine years she suffered. She could barely carry grocery bags from her car to her house without experiencing intense pain.

In 2011, Annette was in Idaho and she began to walk — just walk — every other day up a hill for about 20 minutes. In 2012, she moved back to Salt Lake City and decided she wasn’t challenging herself enough.

She wanted to do more. “In November 2012, I began training with Lauren Reichman, USANA’s wellness coordinator,” Annette says. “She slowly helped me build up the muscles around my neck, which allowed me to run longer and faster than I ever imagined.” Annette Frehner getting ready for her run

So here’s your challenge — sign up today for the USANA Champions for Change 5K walk/run, which is set for Aug. 17, and challenge your inner hero. Not only will you be helping yourself, you’ll also be helping people in need everywhere around the world.

“Every dollar generated from this event will go directly to the foundation for those in need,” says Elaine Pace, president of the USANA True Health Foundation. “In 2012, we had more than 2,000 runners and raised upward of $100,000 from the 5K alone. We hope this year will be even more successful.”

The USANA True Health Foundation has three separate, yet equally important, programs to which anyone can donate their funds:

Area of Greatest Need: Immediate Help. This program will allow for the immediate release of funds and aid to worldwide disasters. In the midst of catastrophic events, the basic needs of human beings (food, water, shelter, and medical assistance), but must be met promptly and with the utmost urgency.

Children’s Hunger Fund (CHF): CHF has been helping children and families all over the world for 20 years. USANA established a partnership with CHF in 2001 and since then, with the help of USANA and its associates, has donated more than $11 million in efforts to help diminish hunger across the world.

Sanoviv Medical Assistance Program: The state-of-the-art facility offers alternative holistic and integrative health programs to treat a wide range of diseases. The health care team is integrated with medical doctors, physicians, dentists, psychologists, chiropractors, nutritionists, fitness experts and spa therapists. Donations to this fund will go to people who can’t afford to experience the medical programs at Sanoviv but urgently need the care.

So don’t take your innate ability to do a simple task like walking for granted and challenge yourself.

Be a hero, from start to finish at the USANA Champions for Change 5K and register now at the special pre-registration price. And don’t forget to wear your superhero costume!