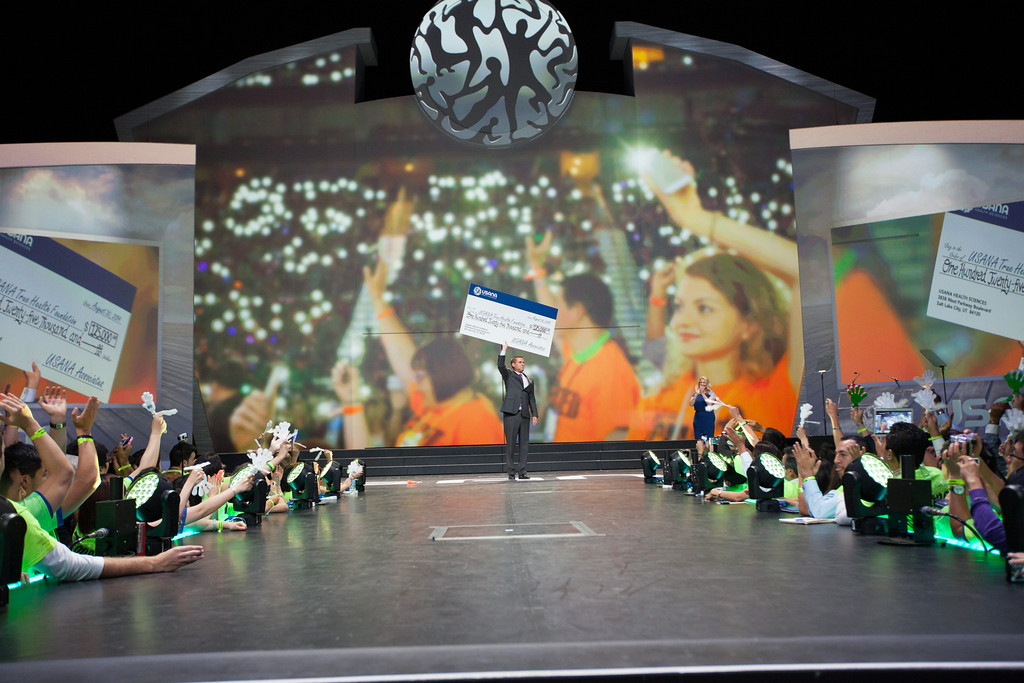 USANA CEO Dave Wentz announces that $125,000 was raised for the USANA True Health Foundation during the 2014 USANA International Convention.

Watching thousands of individuals come together for and giving back to a single cause is inspiring to watch.

If you were in Salt Lake City last month, you saw generosity in action. But the neat thing is that the giving continues daily.

Attendees at the 2014 USANA International Convention were united in one objective: to support the USANA True Health Foundation (UTHF), an organization whose mission is to provide critical human necessities to those in need.

One of the highlights of any international convention is seeing how much giving transpired over the four-day event. This year, Associates helped raise an astounding $125,000. 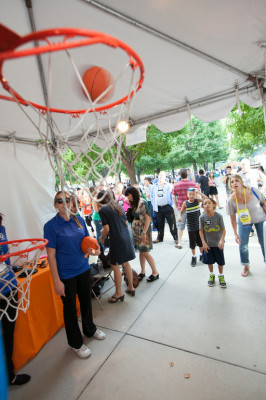 Here are a few recent highlights from one event and from around the globe that illustrate the generosity of the USANA family.

The biggest USANA party of the year is not only a lot of fun, it’s also an event that supports the UTHF. Proceeds from the carnival-type games went directly to the Foundation. This year’s beach-themed event featured an evening of fun and games and live music.

#USANA14: Breakfast with the Usanimals

He read the book to a captivated audience during a live storytime on stage, all the while encouraging the audience to add a donation to monthly orders. Those who pledged $25 or more monthly will be presented with a signed copy of the book as a token of our thanks.

Throughout the event, more than 2,000 individuals stepped up to the plate and added a monthly donation to help others in need, and in turn, many received a one-of-a-kind book, which is not available for purchase. 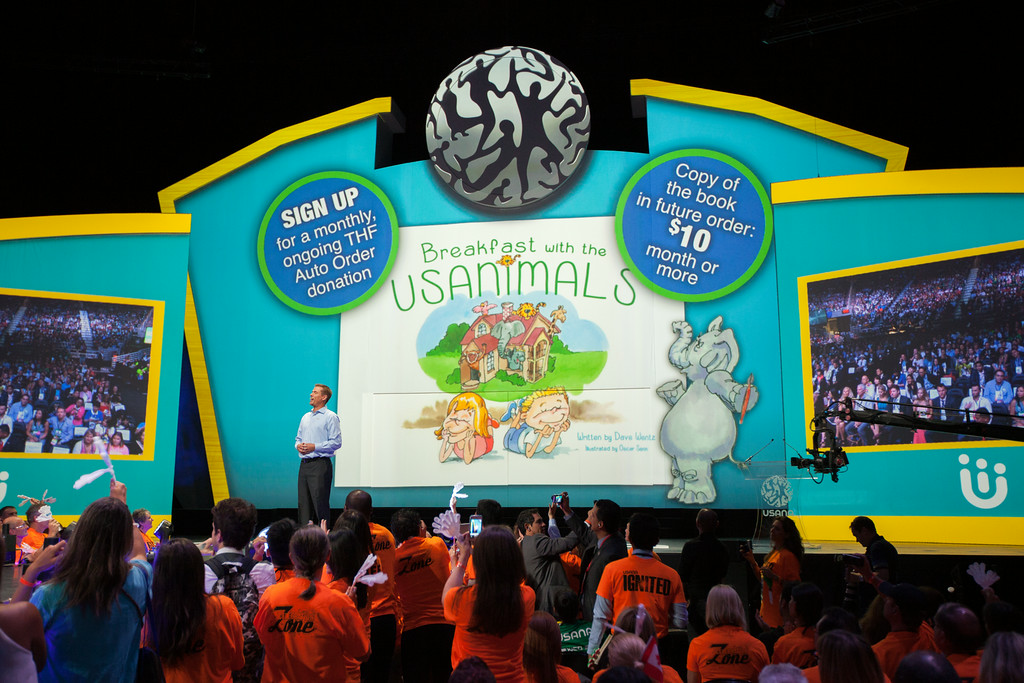 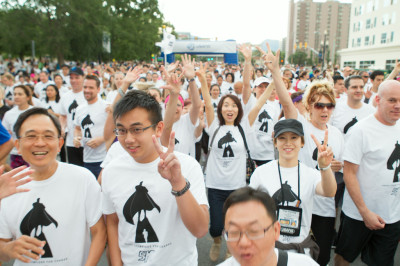 An early-morning 5K fun run/walk also directly benefited the UTHF. Participants were encouraged to dress up as their favorite superheroes. Here’s an interesting first-person account of a once-in-a-lifetime experience.

Prior to the event, participants were able to rally support and get their teams involved in the giving spirit. To that end, Sunday Tsoi (蔡新嬌) and Team NEX earned the Champions for Change individual and team fundraising awards!

“Your names will be inscribed on plaques in the USANA museum in Salt Lake City,” wrote Elaine Pace, president of the UTHF.

Thank you for your support!

Every little bit helps. One cool fundraising activity recently involved cooperation with a local California Pizza Kitchen restaurant. Each time a #USANA14 convention-goer visited CPK, a donation was made to the UTHF.

Check this out: We heard from CPK that your dining purchases translated into more than $740 given to the Foundation.

“This is definitely the largest fundraiser I’ve seen since coming to this CPK location!” Miri Fildes, a CPK assistant general manager, wrote in an email.

The ALS Ice Bucket Challenge took social media by storm recently. Laura Seabrook, a talented actress and an incredibly creative USANA Associate, provided a unique twist on the challenge. Check out the video below: 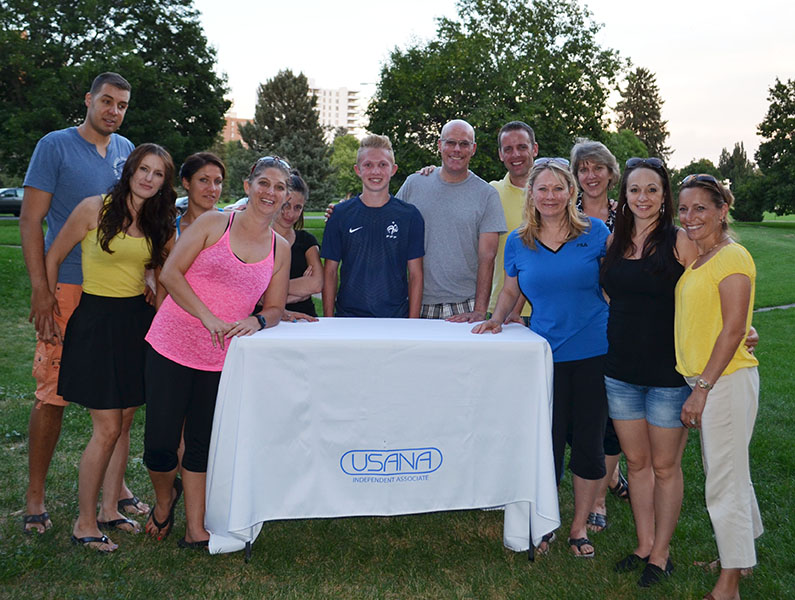 Giving Back in Denver

“We plan to have an annual Denver UTHF fundraiser BBQ,” says Jennifer Abbenhaus, who helped organize the first event.

She noted that several different USANA events have taken place in Denver this year, signifying that the growing group is all about representing the #USANAlifestyle.

Thank you to everyone for supporting the USANA True Health Foundation!

Are you helping raise funds for the USANA True Health Foundation? Please let us know! We’d love to include your efforts in a future What’s Up, USANA? blog post. 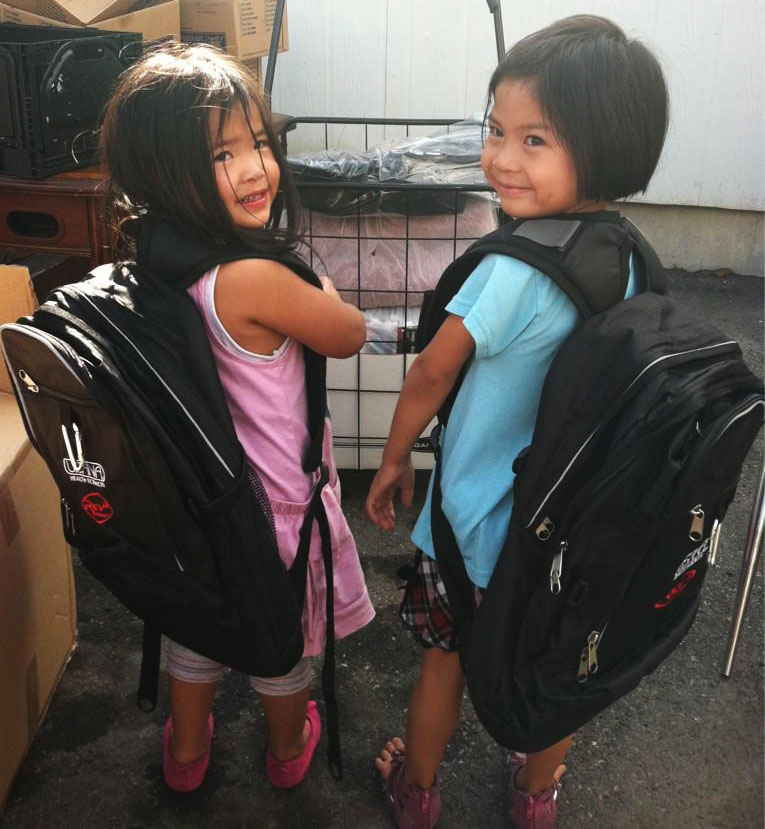 Champions for Change: Heroes From Start to Finish