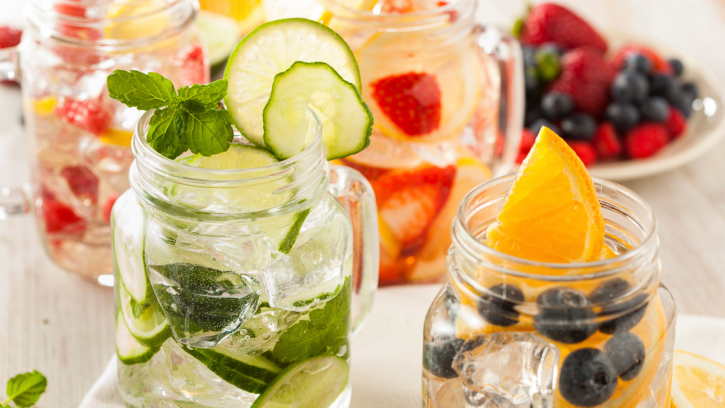 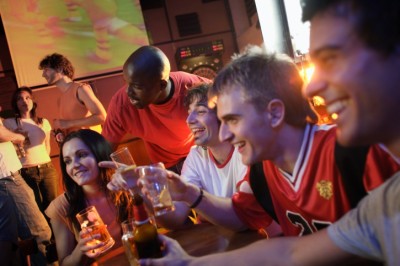 Here in the United States, we had a huge sporting event last Sunday called the Super Bowl. I preface this blog with that statement, because I know a huge chunk of our readers come from all over the world. If you’re one of them, know this: The Super Bowl is a championship football game that takes place every year. People take it pretty seriously, too. I mean, I didn’t even watch one game this entire season, but you can bet your nutritional supplements I was at a Super Bowl party last weekend sipping on fancy drinks, chowing down on munchies, and screaming at the television like a complete idiot.

I want to talk about the “chowing down” part of the party. As I shoveled my seventeenth onion ring in to my face, I realized that I’d just hit the reset button on my whole week of healthy eating. Actually, I pretty much smashed the button into pieces with a hammer.

So I started thinking about better, healthier options for party food. Let’s get to it, shall we? 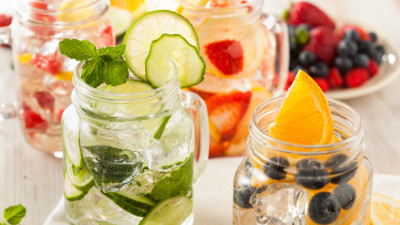 Here’s another inside scoop about the Super Bowl: a lot of alcohol is usually consumed. And I’d totally be lying to you guys if I said I didn’t partake in such activity. Here’s the thing though—the Super Bowl is always on Sunday. And in the corporate world, kickin’ back a few cocktails the night before you return to your cubicle is a recipe for disaster.

I am proud to say I found a solution to this dilemma. First, I had to put on my big boy pants and realize that drinking on a work night is something that shouldn’t happen. And second, I took to my Pinterest account to discover some clever ways to create naturally-flavored waters using healthy herbs and fruits. Not only are they delicious, but they also make for an awesome party presentation with the bright colors and cool jars and containers you can serve them in. 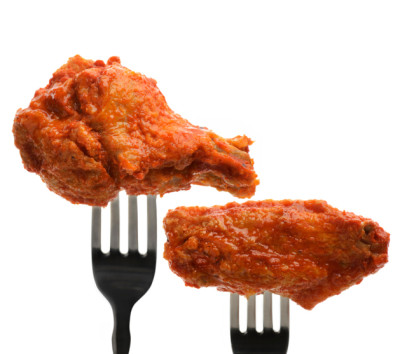 Buffalo wings are a Super Bowl party staple. Essentially, they’re chicken wings that have been battered, fried, marinated, seasoned, and doused in every kind of sauce known to man. Oh, and they’re generally the most delicious thing my taste buds have ever come across.

When facing a buffalo wing dilemma, I try to remember that chicken is actually a lean protein that is typically healthy when prepared right. This conclusion became even more evident when I found a spinach artichoke Crock-Pot chicken recipe that incorporates healthier ingredients. It’s super tasty, and great for your typical partygoers since it’s so hearty and wholesome. And I believe that almost any food is instantly better when a Crock-Pot is involved. 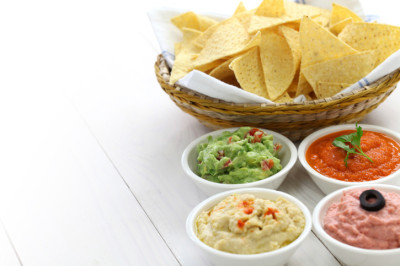 I’m what you might call a “serial dipper.” Like, if there’s a bowl of dipping sauce at the table, I will own that table and fend off any trespassers until said dip is devoured and in my stomach. Wouldn’t you know that the dips are out in full force at a Super Bowl party? And they usually consist of cream cheese, sour cream, mayonnaise, or anything else you can imagine that’s horribly fattening.

Once again, Pinterest came to a dipping addict’s rescue. I discovered a guacamole hummus recipe that’s a healthier alternative to the heavy, fattening dips I love so much. Yeah, you read that right—guacamole and hummus. Two amazing foods combined into one super delicious dip. Enjoy!

There you have it, folks! It really is possible to host or attend a party without leaving looking like you’re three months pregnant. So don’t make the same mistake I made last Sunday. These are only a few simple tips. Use my Super Bowl baffle as inspiration to find even more healthy alternatives to the nutritional madness seen at parties or gatherings. (Did I hear someone say USANA Test Kitchen?) It will only help you forge on with your #USANAlifestyle each and every day.