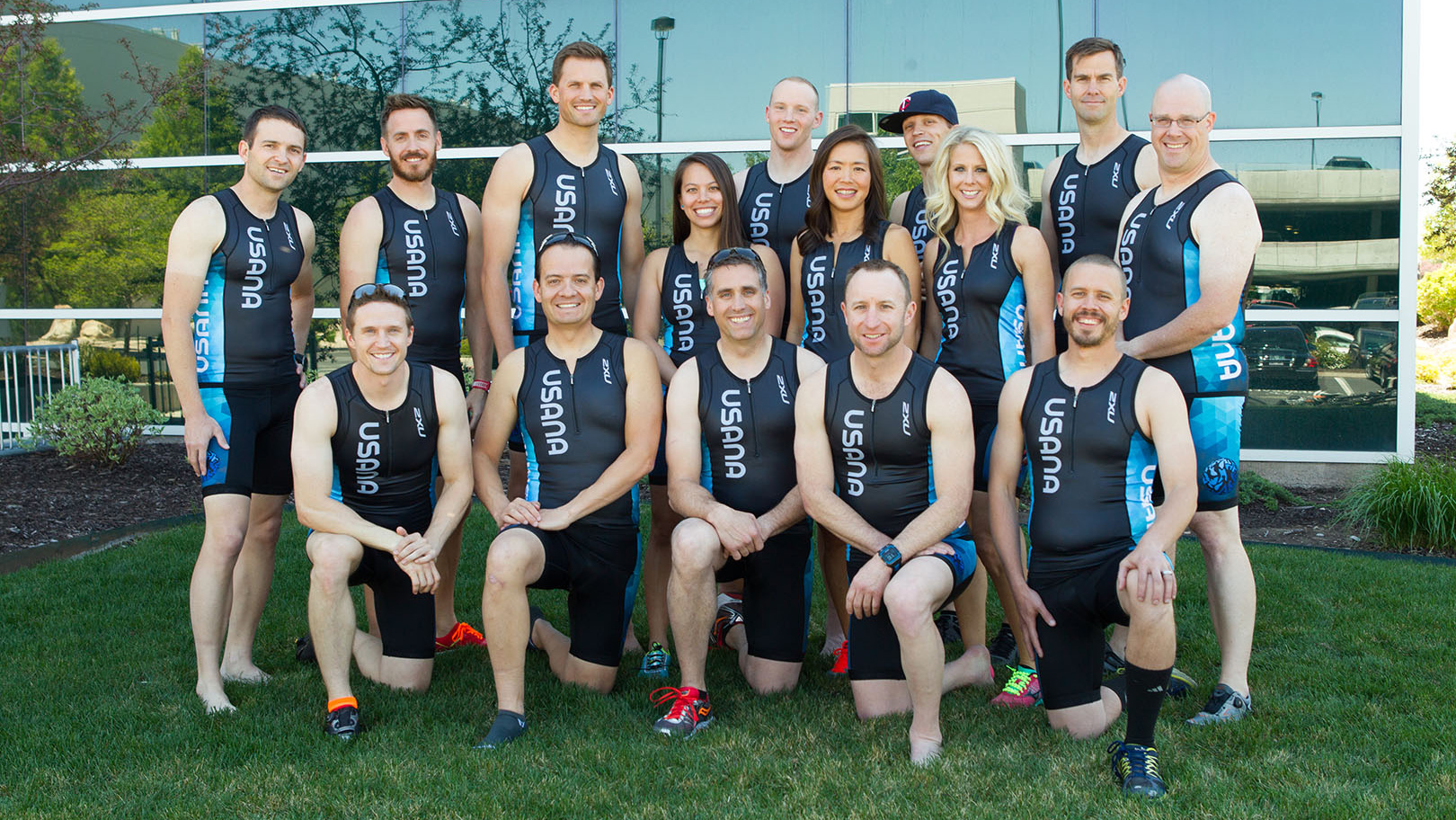 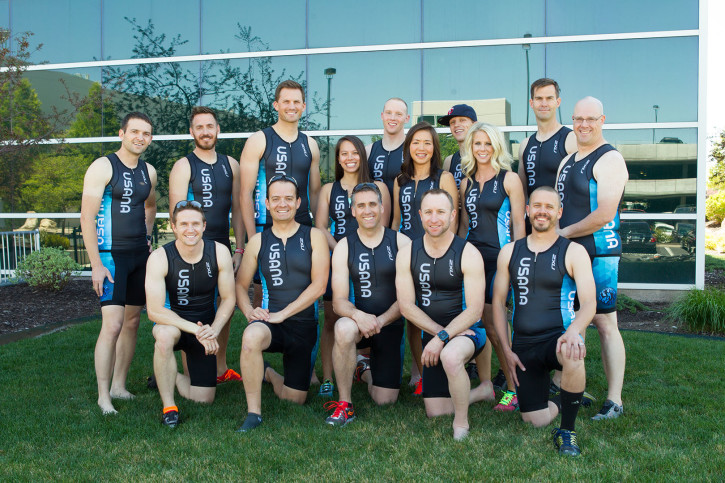 I sat down with USANA’s Chief Legal Officer, Jim Bramble, just 3 days after he successfully ran, biked and swam 70.3 miles in his first half Ironman race (it was also his first triathlon, ever).

He’d just gotten back from a run.

So, when I interviewed him, I was a little surprised by some of his answers.

Sarah Flinn: Of the three sports, which was your weakest?

Jim Bramble: Swimming. I had never swum before last August and I was afraid of it. Also, I never owned a bike, so I was surprised that I actually did the best in the bike portion.

I’ve been running for about 2 years so I thought I would have done the best in that.

“When I started running, I couldn’t even make it a mile. A coworker asked me to join him for a mile run before work and I only made it halfway. That was what started it for me. I just kept going.”

SF: Which was the most fun?

JB: The bike and run. The swimming was a struggle for me. I had to break up the swim into 100-200 yard stretches and focus on swimming buoy-to-buoy to make it through.

SF: Would you say it was harder to be physically or mentally prepared? 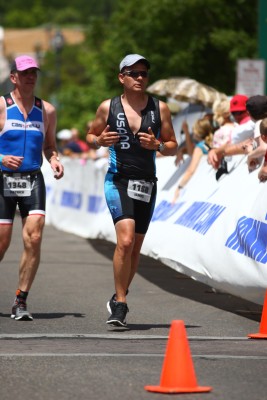 JB: Both. The swim was very mentally challenging for me.

Right at the end of the run, there was an aid station just 1 mile from the finish line. I stopped to get some water and just couldn’t keep running. I decided to walk the finish.

As I was walking, someone grabbed my hand and I looked back – it was another USANA employee, Marie Mullen. She said to me, “Real Ironmen finish strong!” She didn’t let go of my hand so I had no choice but to keep running with her. She was so inspiring to me.

SF: Would you do it again?

SF: Would you do a full Ironman?

JB: Maybe. The fun part was doing the race and training with other USANA employees, so if there is a group that is going to do a full Ironman, I might.

There were 16 of us from USANA that trained for this race. I wish I could say that we all finished, but Steve Westover sprained his ankle 2 days before the race. It was all black and blue and when I saw it, I thought he shouldn’t go forward but he still tried to compete. And he actually did the swim and bike. He was so determined. Amazing! If he hadn’t sprained his ankle, I have no doubt that all 16 of us would have finished.

SF: Were there any notable moments in the race?

JB: One really cool thing was that everywhere along the race people were recognizing our USANA clothing and cheering for us. I’m not sure if they were Associates or what, but it was great to have that support.

SF: What advice do you have for someone like me that’s not an endurance athlete if I wanted to try an event like this? JB: I think when you get there, you expect to see a lot of hard-bodied, super fit athletes, but there are people all along the spectrum that do these races. Some people had shirts that said “cancer survivor”.

While you’re racing, you talk to the other competitors and they are all really supportive. It really makes you think you can do this.

SF: Are you more competitive with yourself or with the people you’re racing?

JB: For sure against myself. I train with younger, healthier people so I can get depressed if I compare myself with them.

I know what I’m capable of and I just want to improve on what I can do.

USANA’s Got the Finest ’Staches in the Area
1 reply