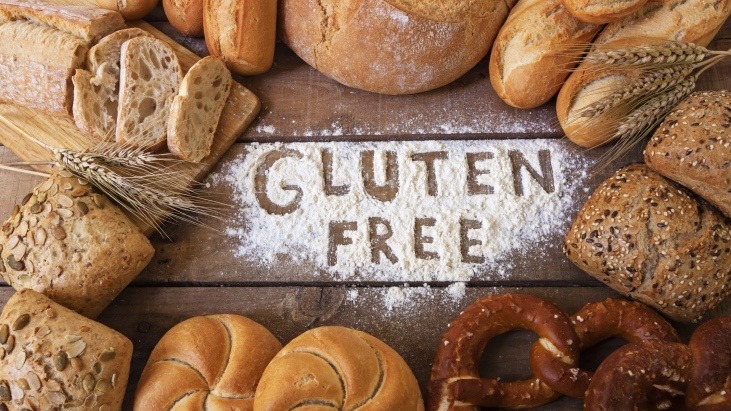 I’ll just come right out and say it: I’m a total skeptic, especially when someone starts talking to me about some random medical condition they have. And I’m never shy about expressing this.

Me: Hey man, we won’t be back home until really late. You can have half of my bagel.

New friend: Oh, no thanks.

Me: Seriously, you’ll thank me later. Otherwise you’ll be starving.

New friend: No, I really can’t. I have celiac.

Me: … Oh no. Who has convinced you of this? How did you fall for it? You do not have celiac.

I know, you all hate me right now. I’m that person. The person who always thinks everyone is being a hypochondriac when they are probably legit struggling with a health issue. But can you blame me with the gluten thing? How did millions of people suddenly develop a gluten allergy within the past five years?

Okay, I need to stop being so cynical. Instead, I’ll head into the deep dark world of the Internet and dig up some real info. Then, I’ll share it with you below.

Before We Get into It

Let’s pause the gluten allergy talk for a minute and ask ourselves, what is gluten?

If you’ve ever made bread or pastries from scratch, you know that flour is the starting point, and once you begin adding water and other ingredients, you get dough. Gluten is the proteins in the flour that come from grains such as wheat, barley, and rye. And these proteins are call gliadin (a prolamin protein) and glutenin (a glutelin protein).

Gluten is what determines the elasticity of dough and helps it rise and keep its shape. So the chewiness of your baked good is dependent on how much the gluten was refined before the actual baking process.

Why All the Gluten Hate?

Alright, I’m going to pull a lot of information from this livescience article to help explain all the talk on gluten intolerance.

First of all, not everyone is gluten intolerant. Some people have varying levels of sensitivity to 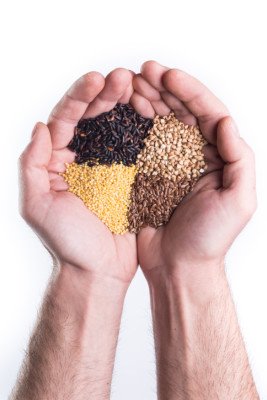 gluten, and many people are just fine to consume gluten.

Let’s start with those who really are gluten intolerant, most of whom are considered to be experiencing celiac disease. This disease affects one in every 141 people in the United States, according to the National Institutes of Health. When someone with celiac disease consumes gluten, it triggers an immune response that damages their intestines, preventing them from absorbing vital nutrients.

Recently, scientists have become aware of another potential form of intolerance called nonceliac gluten sensitivity. After consuming gluten, patients with gluten sensitivity may experience many celiac disease symptoms—such as diarrhea, fatigue and joint pain—but don’t appear to have damaged intestines.

Now remember the symptoms that were just listed can also be associated with a number of medical conditions and allergies or sensitivities. So just because you’re met with a bout of diarrhea after consuming a meal doesn’t always mean you have celiac disease or gluten sensitivity.

Always talk to your doctor if you suspect you may have an intolerance or sensitivity to gluten. There are many who argue it is too difficult for current medical tests to diagnose a gluten allergy, but consulting your doctor should always be your first step.

Here is a list of the most common foods that contain gluten, according to celiac.org.

This is far from a definitive list of foods containing gluten. Remember to always read the label, especially since gluten can sneak into unsuspecting foods all the time.

Now for the gluten haters out there, here are some naturally gluten-free food groups that are safe for you to consume and can also support a healthy diet. (That “naturally” part is super important. This means these foods are safe in their natural state. If they are processed, flavored, colored, seasoned, etc., gluten may be present.) Don’t forget that USANA Foods are all gluten free!* So if you’re looking for tasty snack on the go, these are the perfect solution. Especially since, in addition to being gluten free, they’re also low glycemic and packed with a nice punch of protein. Did we mention they’re delicious?

Well, I’m not ready to say I have celiac disease, or even that I’m sensitive to gluten. But it seems there are many people out there who are impacted by these health issues. I’m ready to stop rolling my eyes every time the gluten conversation comes up, because it really isn’t fair of me.

I’ll end this post by encouraging all of you to please share a link to your favorite gluten-free recipes in the comments!