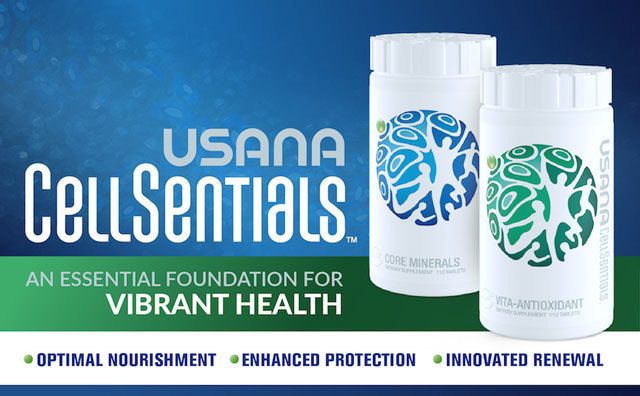 On the heels of an international convention, and a new product announcement, the level of excitement is higher than I have ever seen. However, I believe there is also a level of confusion resulting from all the new information. Change is always difficult, but science is not static. Our commitment to remain science-based requires us to make adjustments and improvements as new and exciting nutrition science research emerges.

We already had the number one vitamin/mineral/antioxidant supplement on the market, and we made very significant changes and upgrades to make it even better.
The CellSentialsTM are USANA’s flagship nutritional supplement: a combination of both the Vita-Antioxidant and Core Minerals products. Formulated to not only prevent deficiency diseases, the CellSentials provide advanced levels of micronutrients to retain optimal health and energy levels. The CellSentials are a four-part formula that contains: 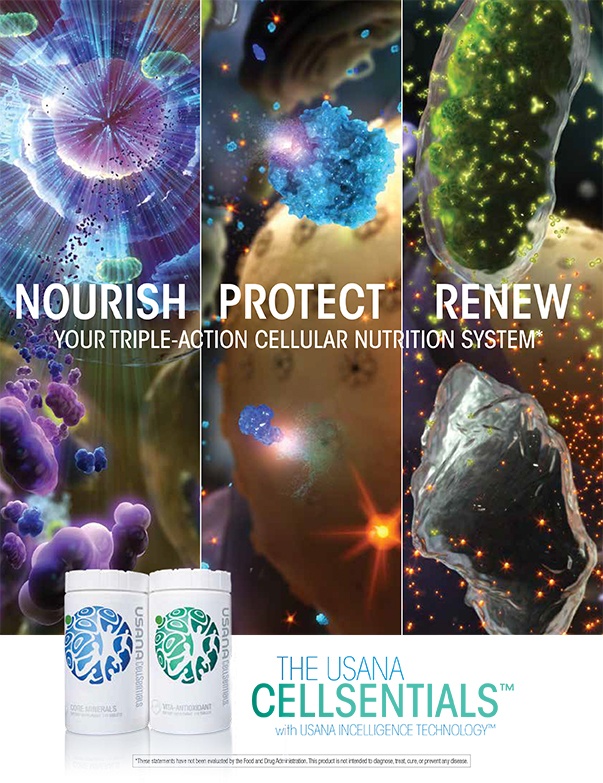 Nearly two-thirds of the ingredients in the CellSentials have had some modification to either the dose or form compared to what was used in the EssentialsTM. These changes may vary by market, but some of the key differences are:

Recent research has indicated that some individuals have a limited ability to convert beta-carotene to vitamin A. Excess body weight can also reduce the efficiency of conversion, and there are genetic polymorphisms that decrease the ability to convert beta-carotene to vitamin A. The combination of multiple sources of vitamin A activity ensures that the CellSentials provide a more efficacious dose of vitamin A to everyone, regardless of genetic differences.

The CellSentials have much greater dose of iodine than the Essentials. Iodine is crucial for the production of thyroid hormones. Dietary surveys have shown that many people are becoming increasingly deficient in this important mineral, especially those limiting their salt intake.

In some markets folic acid was decreased in the CellSentials, in comparison to the Essentials. USANA has always provided an advanced dosage of folic acid to ensure protection against neural tube defects. However, food fortification of folic acid has increased dietary intakes significantly in some countries. The folic acid dosage was lowered to a significant, but more moderate level to account for the increased dietary intake and to make room for increases in other important nutrients.

The choline content of the CellSentials was more than doubled. Average choline intakes for men, women, older children, and during pregnancy are far below the Adequate Intake established by the Institute of Medicine. Choline is necessary for neurotransmitter synthesis (acetylcholine), cell-membrane signaling (phospholipids), lipid transport (lipoproteins), and methyl-group metabolism (homocysteine reduction). It is the major dietary source of methyl groups via the synthesis of S-adenosylmethionine.

The CellSentials have an increased dosage of vitamin K1, and vitamin K2 has been added for the first time. Vitamin K is an essential nutrient required for the normal biosynthesis and activation of several key proteins. In addition to its role in blood clotting, vitamin K influences the level of osteocalcin in bone-forming cells, and may play a role in preventing postmenopausal osteoporosis. Vitamin K2 is produced by bacteria, including some found in the human intestinal tract. Recent evidence suggest we may not be producing enough or getting enough in our diets. Supplementing additional vitamin K2 may provide additional bone and cardiovascular health benefits.

The CellSentials InCelligence complex replaced the former bioflavonoid complex and is a synergistic complex that includes curcumin (as Meriva®† bioavailable curcumin), green tea
extract (standardized to EGCG content), quercetin, hesperidin, rutin, and N-acetyl L-cysteine. It also contains an increased dose of alpha-lipoic acid, and resveratrol was added to the complex for the first time.

Alpha-lipoic acid is a vitamin-like antioxidant that is both fat and water-soluble and has the ability to regenerate other antioxidants back to active states.

Resveratrol is a polyphenol found naturally in the skin of grapes, blueberries, raspberries, and mulberries. It is an antioxidant that plays an important role in supporting cardiovascular health, and research shows that it has a positive impact on endogenous antioxidant production and cell signaling pathways. 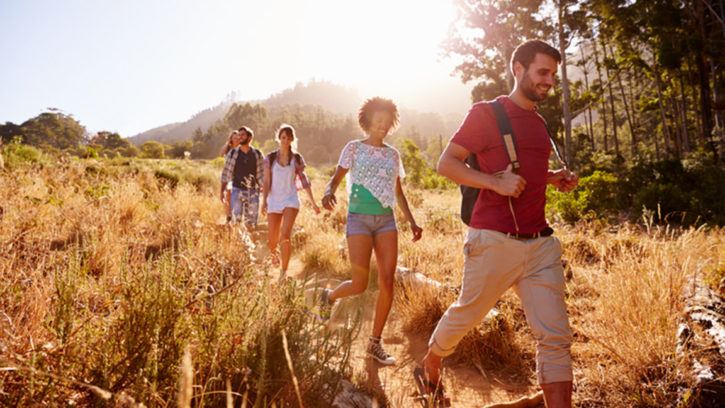 The individual components of the InCelligence complex each have unique health benefits. As a group of synergistic nutrients, these phytochemicals can influence endogenous antioxidant production and cell signaling pathways to help promote healthy cell lifecycles.

Some of the ingredients in the Vita Antioxidant and Core Minerals were adjusted or reformulated in a way to provide better synergy, stability and compatibility. For example, the compound N-acetyl L-cysteine was moved from the vitamin/antioxidant tablet to the mineral tablet where it is more stable.

So, the take home message is this: we made major improvements to what were already the best supplements on the market, and the added benefits of the InCelligence complex puts them even further ahead of the rest. The CellSentials, with our improved formulation of essential nutrients and our unique InCelligence complex make up the most effective, most complete, flagship nutritional combination of products we have ever provided.

Did you know that most of this content came from our Ask A Scientist website? They provide information about the science behind many of USANA’s products.

†Meriva® is a trademark of Indena S.p.A