I was at the Canada Cross-Regional Conference (XRC) in February when the following tweet caught my eye. 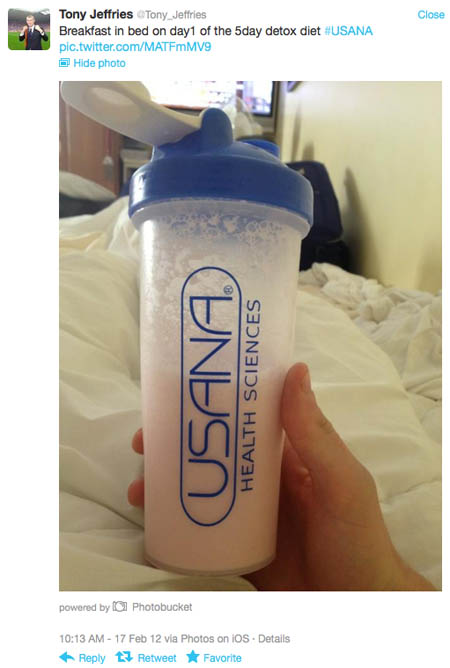 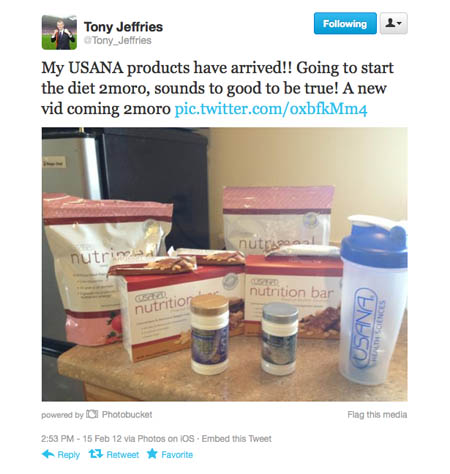 And now, his Twitter and Facebook are filling up with comments of encouragement and questions from people asking about his success with the program.

The Man Behind the Tweets 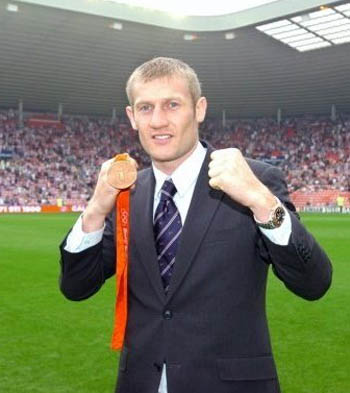 Tony Jeffries, a boxer, won a bronze medal in the 2008 Beijing Games.

Turns out, the tweets and video were created by Tony Jeffries, a highly successful British boxer who won a bronze medal in the 2008 Beijing Games.

I got in touch with him earlier this month and we had a great chat. He’s now living and training in Los Angeles, though he got introduced to USANA by fellow countryman and Emerald Director Justin Morris.

Like many athletes, especially boxers, Tony fell in love with USANA’s RESET weight-management program. He dropped 9 pounds in two weeks and liked the taste of the products, the Strawberry Nutrimeal and Peanut Butter Crunch Nutrition Bars in particular.

A Successful Career in the Ring

It’s been quite a career in the ring for Tony, 26. From the moment he threw his first punch he dreamed of stepping onto amateur boxing’s grandest stage.

“It was unbelievable,” Tony says. “I’ve been training since I was 12 years old and to finally get to the Olympics was amazing. And to come back with a medal at 22 years old, that was incredible.”

From there he turned pro, where he’s undefeated in 10 fights as a super middleweight. Overall he figures he’s fought more than 105 bouts, which does a number on your hands.

As a result, he recently underwent surgery to repair his damaged hands and is now rehabilitating in L.A., while working as a personal trainer and learning more about USANA.

“Right now I just want to learn as much as I can about the business side of things,” Tony says. “I want to help people like USANA’s helped me. I want to ensure I’m making a difference in people’s lives.

The Power of Social Media

One way to reach people, he’s found, is through social media. Tony’s got more than 17,000 followers on Twitter and nearly 20,000 likes on Facebook.

“It’s a big part of the world today,” he says. “I’ve got a big following, mainly from the UK, but it’s growing in the US. It’s really good to interact with boxing fans. Now with USANA, it’s ideal because I can spread the word even quicker — I can reach 30,000 people or more in 5 seconds!”

The key is to be active. I’ve noticed Tony is very responsive to his fans on various social media platforms and is quick to answer questions about boxing, USANA, or whatever they’re asking about.

Even before USANA, he would get people asking him about his weight-management techniques, his thoughts on nutrition, and more. He recorded a video and posted it on YouTube. It received a decent response.

“So when I started using USANA I did a quick video that went down really well,” he says. “My handwriting’s not the best so it’s easier for me to do a video.”