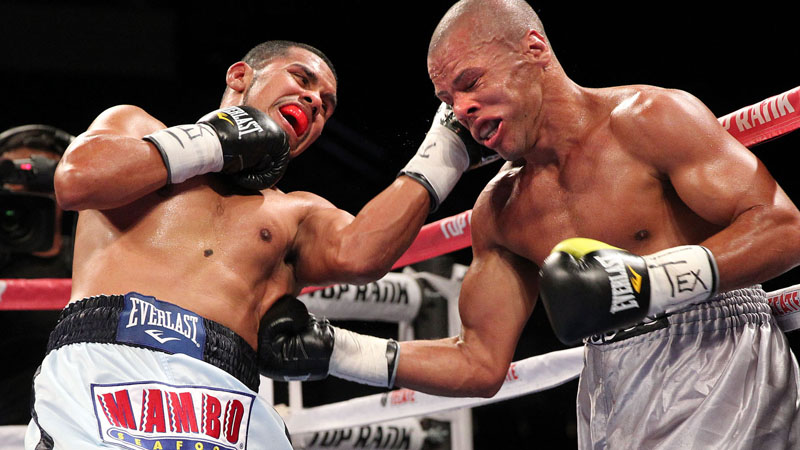 Juan Diaz has always created his own opportunities. Sometimes, even 100 in a three-minute period. 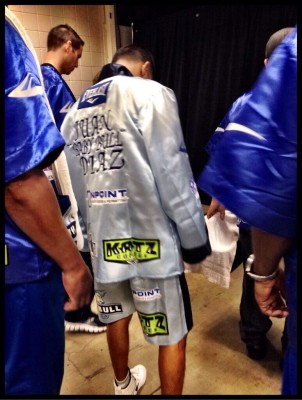 At least that’s one way to look at the four world championships and the successful career of a man who earned his all-action nickname — Baby Bull — about the same time most people get their driver’s license. And the hard-charging aggression Juan is famous for in the ring started earning him opportunities even earlier.

An active kid, who — at his father’s insistence — channeled his seemingly endless energy into boxing, Juan won multiple amateur national gold medals and a spot on the Mexican Olympic team.

But the Baby Bull, at 16, was a little too young to make the trip. Instead of waiting, Juan turned pro at 16. He fought three times in México before logging his first professional fight on home soil at 17 — in the United States, you can’t turn pro until that ripe old age.

And then he won.

He captured his first world title before he could order a beer with dinner. Juan still calls it his best night in the ring, when that 20-year-old kid beat Lakva Sim for the World Boxing Association’s (WBA) world lightweight title.

“When you get older you start thinking about the consequences, good or bad, of winning fights and losing fights,” he says. “At that time I had nothing to lose and was doing it just for fun.” 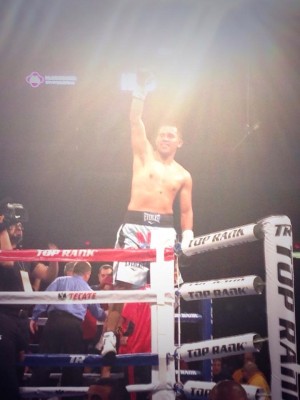 The fun continued for eight more fights. Juan collected a few more belts, unifying several lightweight titles and staking his claim as the best 135-pounder in the world, becoming a fan favorite and TV star in the process.

Then came a fight against Nate Campbell in March 2008. And a nasty cut. And the first blemish on a previously pristine record.

Over the next two years, though, Juan would keep going forward, creating more opportunities with each action-packed, fan-friendly fight. He bounced back by beating a tough Michael Katsidis, turned in the fight of 2009 — a TKO loss to hall of famer Juan Manuel Marquez — and split fights with Paulie Malignaggi.

But after a second loss to Marquez on July 31, 2010 — this time by unanimous decision on HBO pay-per-view — Baby Bull hung up the gloves and went out to pasture. As a college graduate, it was a pretty green pasture, too. Still in his mid-twenties, Juan was going to start creating his opportunities using his mind instead of his fists.

It took almost three years. But it really only took a moment.

After watching former rival, Juan Manuel Marquez, knock out Manny Pacquiao with one thunderous right, Juan Diaz knew it was time to be the Baby Bull again.

“I was saying to myself, ‘Man, I almost had that guy, what am I doing here?’” Juan says. “I thought I would give it one more try. It’s either now or never.”

So just after his 29th birthday — a little older than he was last time he was in the ring, but still firmly in what should be the prime of his professional boxing career — Juan started training again.

With the help of his team — including longtime strength and conditioning coach and friend, Brian Caldwell, who started whipping Juan at age 15 — Baby Bull worked his way back into shape. The first few days, Juan was carried by the combination of joy and hunger. He felt like Superman. The roadblock came the third day. 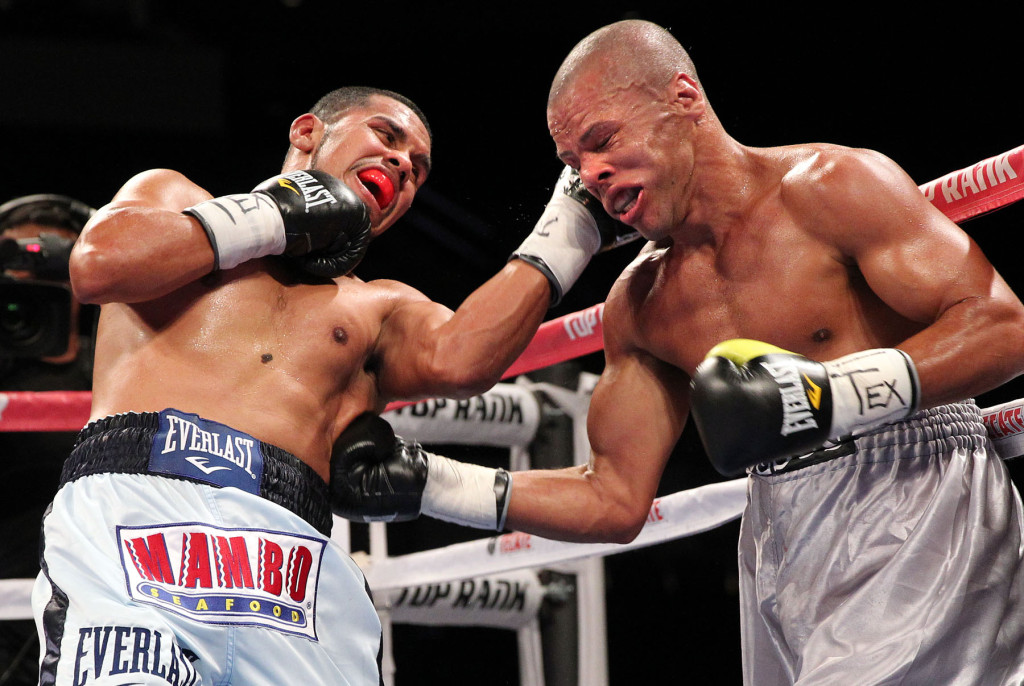 “I was hurting for a little while,” he says. “But my muscles and my body remembered what I had done for so long — since I was 8 years old. After a few weeks, I was back to normal.”

And on April 13, 2013, Juan climbed in the ring under the bright lights and in front of a cheering crowd, where he did what he normally did, what he’s pretty much always done — he won.

The training used to start at 5 a.m. By 6:30, Juan was off to school. Then it was back to the boxing gym at night.

“I said to myself, ‘This is going to last about a week and they’ll quit,’” Brian says. “So I didn’t really put a whole lot into it. But here it is 16 or 17 years later. Juan’s got a lot of skills, but the biggest thing he has is that overwhelming determination. It showed then and it still shows today. It’s why he’s won four world championships.”

And it’s why Juan is preparing for a possible shot at a fifth world title in late June. Nothing is official yet, but Baby Bull is already in the gym, training, giving everything he’s got so he can take advantage of this new opportunity he’s once again created with his furious fists. 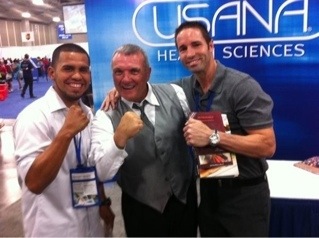 “USANA is a lifesaver when it comes to my health. It’s essential for me to take my vitamins when I’m in training camp.” — Juan Diaz, four-time boxing world champion

“With me, I gotta go all out,” Juan says. “I train so hard for eight weeks — the dieting, the two and three a days. So much pain that I put my body through that I’m not going to lay it down one night.”

There’s no time for that. Baby Bull is going to charge forward, always forward. Each flurry of punches launched at his opponent’s head and body are a way to show he still has it, that he did leave too early, and to prove that when you work hard and take the right supplements — he says USANA is essential for him during training — success can come again.

“Some people say that great opportunities only come once,” Juan says. “I don’t believe that. I believe that if you work hard and if you stay dedicated to your craft, those second great opportunities will come to you. That’s my main goal is just to prove to people all over the world that by working hard and doing the right things, anything is possible.”

All photos courtesy of Juan Diaz.