If Dr. Myron Wentz is USANA’s founder and visionary, Collette Larsen may well be the company’s heart and soul. 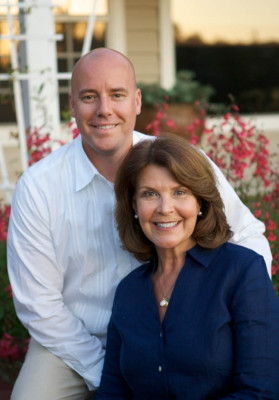 Celebrating her 18th year in USANA, Collette — affectionately known to many as “USANA Mama” — is one of the company’s longest-tenured and most successful Associates.

She’s helped shape USANA into what it is today, and she still remembers the company it once was. Collette laughs when thinking about her weekly trips to the corner convenience store to use its coin-operated copy machine. She marvels at the time she spent faxing completed — and complex — enrollment applications to the Home Office. And she wonders how she ever ran a home-based business without many of today’s technological conveniences.

From her initial impression of Dr. Wentz (“I thought he was cute”) to her first USANA convention in 1994 (a year before she would earn the first of her 13 Distributor of the Year Awards) to her unending compassion and desire to change lives throughout the world, Collette remains one of USANA’s most revered family members.

And like many, Collette’s unwavering belief in USANA stems from one individual.

“Over the years my appreciation and devotion to Dr. Wentz has grown immensely,” says Collette, who now operates a global business with her sons, Zachary and Dax Ross. “He’s had this single vision, a man on a mission. He’s been so wonderful to my family and me.” Collette at the opening of USANA Hong Kong in 1999. 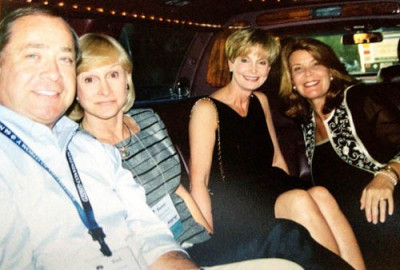 In a limo on the way to USANA Convention 1999, with Susan Waitley and Bud and Bunny Barth.

Collette’s first full year in USANA was the same year her daughter Lexi passed away after a courageous battle with Cystic Fibrosis. Almost immediately Collette began receiving an outpouring of love and support from her USANA business partners. It was then she realized that this company is much more than a business; it’s a tight-knit, loving family.

“Something incredible happens when you go through a tough time,” Collette says. “What you’re left with is solid gold.”

Seventeen years later, when daughter Sharlie, who also suffers from Cystic Fibrosis, underwent a heart and lung transplant, the messages again began pouring in. From around the world, tens-of-thousands of supporters collectively known as Sharlie’s Angels offered their thoughts and prayers.

Technological advancements over the last two decades may have changed the way much of the content was delivered. But the messages ring true whether typed on a smartphone and posted to Facebook or handwritten and delivered personally.

“Finding the balance between high-touch and high-tech is so important,” Collette says. “Zak and I are both high-touch people and we thrive on the personal interaction.”

“Many family members and close friends often refer to Collette Larsen as ‘Pollyanna.’ Collette seems to find the good and positive in any situation. As a young boy, she made me feel like I could do anything! Even when life’s challenges rocked our world, her perspective was full of hope and opportunity. Throughout the years, Collette has touched hundreds of thousands of lives by sharing her USANA journey. She has a way of connecting with all those she comes into contact with. She truly knows how to love, learn and live! I am grateful for our relationship and partnership, but above all, I feel so blessed to call her ‘Mom.’ ” 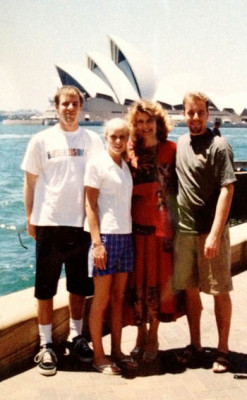 That’s right. In the early days, cassette tapes were Collette’s medium of choice to share the USANA message.

“We would buy cassette tapes by the hundreds,” Collette says. “I’d put the cassettes under a car’s windshield wiper with a note for the driver: ‘Please listen and call me.’ If people saw me doing that today, they’d think it really strange.”

Add These Works by Inspiring Women to Your Bookshelf
0 replies