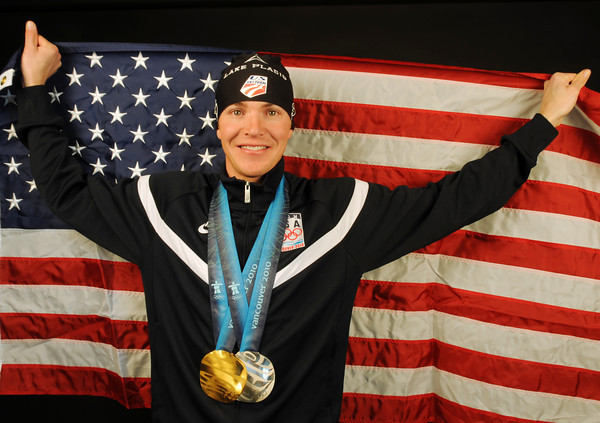 Do you have what it takes to be an elite athlete? A world ski champion, even? It’s not all fun and games, you know. It’s hard work coupled with raw talent. Answer me this:

So, do you think you have what it takes? I’m here to help you find out.

Starting today, and continuing throughout the year, USANA will be getting the inside scoop from our sponsored athletes. In the “So You Want To Be Like…” blog series, we will ask questions about their lives and how they became elite athletes in their sports. 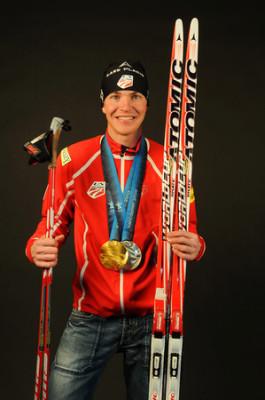 Billy showing us a little silver and a lot of gold. (Photo courtesy of US Ski Team/Tom Kelly)

Billy Demong is a decorated member of the U.S. Ski and Snowboard Association and one of four 2013 USSA USANA Brand Ambassadors. Billy is an American Nordic combined skier — where athletes compete in both cross-country skiing and ski jumping — and has accomplished a lot in his lifetime.

So you want to be like Billy, huh? Are you ready to accomplish your goals and win that gold medal?

Simply strapping on a pair of skis and taking your vitamins may not do it this time. It will take hard work, dedication, endurance, and learning how to fly down a ramp at 55-60 mph and landing the jump.

Even if you don’t want to be a Nordic skier, it would still be cool to learn how they do that, right? Here is what it takes to be like a gold medalist:

WHAT’S UP, USANA: What is a typical day for you?

BILLY DEMONG: When I am at home, my day starts with a hearty breakfast and playtime with my wife and son and our dog, Scout. I train twice a day, running, cycling, skiing and lifting weights for two to three hours per session and try my best to stay on top of my nutrition and rest while tackling daily chores of the household and parenthood. Most importantly, I try to get nine hours of sleep at night!

WUU: What’s one thing you know now that you wish you’d known when you were starting your career?

BILLY: I wish I had a better understanding that dedication to the process and enjoying the ride are as important to the end result as anything else! 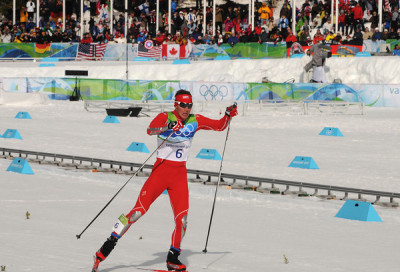 Skiing to a gold medal finish. (photo courtesy of US Ski Team/Tom Kelly)

WUU: How many hours a day do you practice/workout?

WUU: In your career as an athlete, did you ever have to overcome an obstacle, like an injury? How did you overcome it?

BILLY: I fractured my skull and had a severe subdural hematoma that left me cognitively deficient for months. I had a complete crossroads where I had to choose whether even to continue after nearly a year’s forced rest. It was the realization that I had only this time to pursue athletics that convinced me to continue and the dedication to enjoying it that made all the difference!

WUU: How important is health when it comes to being a professional athlete?

BILLY: Paramount! As a parent of a toddler staying on top of nutrition and rest makes the difference between being healthy and sick and thus winning and not.

WUU: What’s your one piece of advice for someone who wants to be an elite athlete such as yourself?

BILLY: Focus on the process, set a big scary goal and then build a roadmap of small short term goals to get yourself there!

WUU: How do you set yourself apart from other athletes that you compete against? 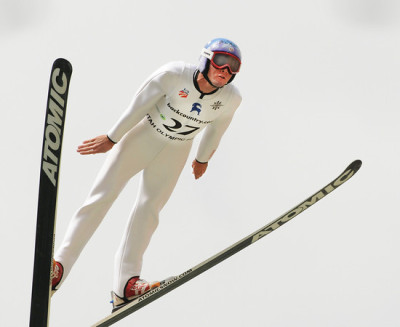 Billy showing us that humans can fly. (photo courtesy of USSA/Tom Kelly)

BILLY: Expecting the best on the biggest days and using adverse conditions like weather to boost my enthusiasm about my own chances!

WUU: What’s the funniest thing that’s happened to you relating to your career?

BILLY: Making a pact with a few other teenage skiers to retire in 2002 (when we thought we were old at 21) and then meeting up with same crew in 2012 and all still competing and at the top of our game!

USANA Associates can relate to Billy. You set goals that seem impossible to achieve, and then you set smaller ones to reach the impossible. The best part about it is that you achieve it!

I can honestly say I could never do what Billy does. USANA had a chance to go watch Billy and his team practice and I shot this cool video with my phone. They offered to put me on a shorter hill and let me try, but because I have a wife and a child I decided it was best to leave it to the pros.

Sometimes when you meet athletes of Billy’s caliber, you find yourself asking, “What makes these athletes so special?”

Is it their dedication, their drive to win? Maybe it is the goals they set.

Well, I found out all of those are true and more, but there are still people who enjoy simple things. I asked Billy several questions, not having to do with skiing or the Winter Games, just to make sure he was human and not some gold medal machine. 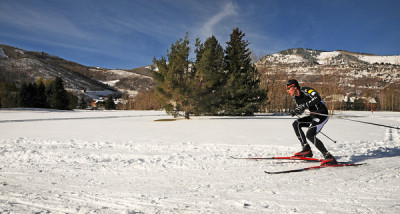 A: Vanilla for sure! I seem to have lost my sweet tooth for Chocolate.

A: Mexican, the spicier the better especially Molé!

*The athlete featured has received compensation for his partnership and/or complimentary USANA products.

Adam Korzun: A Sports Dietitian for All Seasons