A couple of us writers at the Home Office love the TV show Friends. We quote it all the time — could we be any more obsessed? So when I was assigned to cover the Canada XRC March 7–9 in French-speaking Montréal, I immediately watched the episode “The One Where Joey Speaks French” from Season 10 for about the 20th time.

It didn’t help me learn French — except je m’appelle Missy. Luckily, two co-workers who actually speak French were assigned to the XRC, too. And, thankfully, the Québécois are forgiving of those of us with limited French.

Unlike that Friends episode, the English speakers at the Montréal XRC at least tried to speak a little French. (And did very well, at least I think so.) The event opened with top French-Canadian leaders 4-Star Diamond Directors Hubert Krause and Seta der Artinian on Thursday evening for the Health & Freedom Presentation and closed Saturday with Diamond Directors Serge and Mado Morissette pumping up excitement for the Success on the High Seas cruise.

In between were incredible speakers sharing fantastic knowledge about building a USANA business, personal development, and following your dreams.

Here are a few worthwhile nuggets of knowledge: We finally learned what’s in Diamond Director Jordan Kemper’s toolbox — his sales tools toolbox, that is. 2-Star Diamond Director John Cunningham used Jordan as an example that you have to make sure all your tools are current. Using last year’s Health & Freedom Newspaper, for instance, isn’t going to help build your business. Stay up to date on the newspaper, Product Catalog, and Product Information Booklet. You don’t want to be behind the times.

2. Have a Decided Heart

You’ve got to have heart — and follow it — in order to survive in this industry. Emerald Director Ginette Desjardins hit this on the head when she said, “Whether you do USANA by yourself or as a couple, it doesn’t matter, as long as you do it with your heart.”

5-Star Diamond Directors Sophia Marcoux and Jacques Fiset started out with three Business Centers. Now they have 33 Business Centers with 31,000 Associates in 15 countries on four continents. Talk about making the impossible possible. And their number one tip? Live USANA for life! 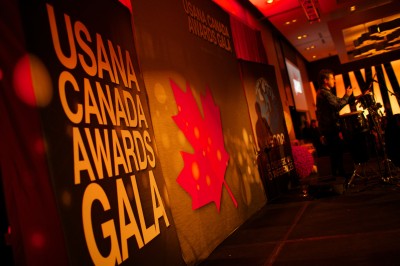 Becoming a Director is one of the key steps in making a USANA business succeed. Belynda Lee, USANA’s vice president of Canada and North American Asian markets, talked about the importance of achieving this level and how, “The Director movement is the Canadian vision.” I wouldn’t be surprised if a number of Associates advance to Director or higher now, after attending this XRC. Belynda added, “We are made to shine, and it’s our time to shine!”

If you were at the Canada XRC, you know what I’m talking about. Share your favorite moment in the comments! And if you weren’t there, you have to be there next year. Or maybe head south and attend the Mexico XRC March 14-16 or the Chicago XRC April 19-20.

Besides, you’ll learn a whole lot more at a USANA event than watching an episode of Friends.