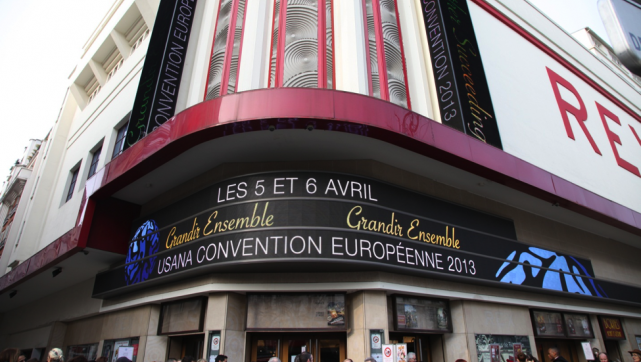 Building and Growing Together. This was the goal and the promise made to each of the USANA Distributors who came to the exceptional first USANA European Convention.

The April 6 event held at the Grand Rex (a magical, historical venue in Paris) made for an incredible day of emotions, surprises and gratitude. It brought together Distributors from all over the world, including:

Each Distributor and each country were united in the same USANA message — Health and Freedom. This message resounded loudly in the magnificent Grand Rex theater. 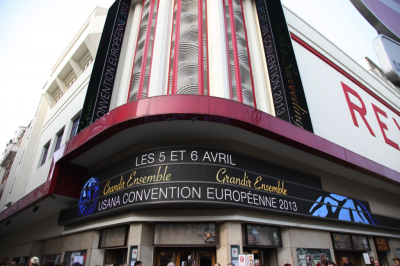 An exceptional speech by USANA CEO Dave Wentz set the tone for the day’s events. His words were followed by those of renowned health specialists who discussed the health benefits of USANA® nutritional supplements. 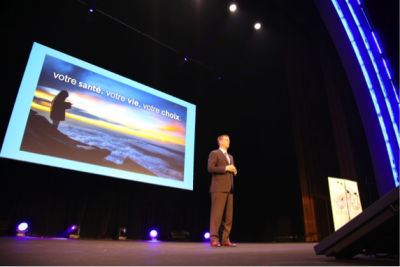 Top-tier athletes also took the stage to talk about the quality of USANA products. These included:

These individuals expressed the importance of their partnership with USANA.

But that’s not all!

Kim Clijsters, the former top-ranked tennis player in the world and now a USANA Brand Ambassador, energized the room by hitting autographed tennis balls into the crowd.

France and Belgium Marketing Director Christelle Bourgeois then made a few surprise announcements. New sales tools are now available for Distributors, including:

In the afternoon, several Distributors shared their own experiences. Star Diamond Directors explained the possibilities that the USANA opportunity provides.

Jacques Fiset and Sophia Marcoux, Seta Der Artinian, and Daisy and Rommel Balaguer shared their personal experiences that touched many in the audience.

Isabelle Autissier, the first woman to complete a solo race around the world, also shared with the crowd her story and how the forces that led her to fulfill her dreams align with USANA’s values of hard work 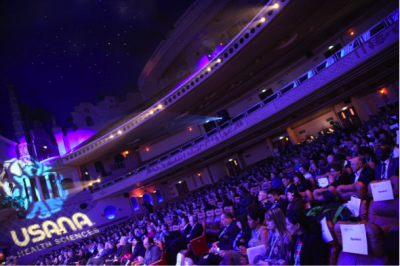 We also had the honor of hearing from General Manager of France and Belgium Jeremy Lunt; President of the Americas, Europe and the South Pacific Kevin Guest; and Vice President of Europe and Customer Service Alan Bergstrom. They brought with them the USANA message as well as their own encouragement for the European market.

To go with this, Alan announced very good news — each European Distributor who had not qualified as a Premier PaceSetter or Premier Platinum PaceSetter had a new chance to reach this goal between April 6 and May 31, 2013!

The inaugural USANA European Convention proved to be a powerful day filled with gratitude and emotion. Several Distributors received prizes (such as iPads, banners, and macarons), recognizing that hard work and effort do pay off.

The entire event allowed each Distributor to end the day with a smile, a boost of energy, increased motivation, a new understanding of USANA and a desire to spread the USANA message.

Assembled together to proudly celebrate the first anniversary of USANA in France and Belgium, we all truly have grown closer after this memorable day. Thank you to everyone for an unforgettable time!