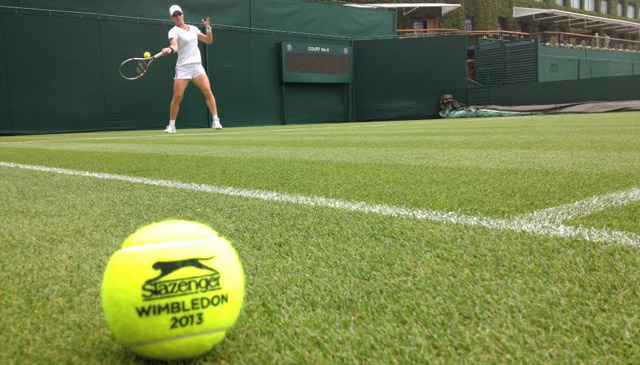 Editor’s Note: The following post is by by Sam Stosur, as told to USANA’s Tim Haran. Sam is the No. 13-ranked singles player in the world and a WTA USANA Brand Ambassador.

Hello What’s Up, USANA? I’m in London right now competing in my 11th Wimbledon. I just got off the court from my first-round match in which I defeated Anna Schmiedlova 6-1, 6-3.

Now I’m preparing to play Olga Puchkova from Russia in the second round. I’m also looking forward to playing doubles with Francesca Schiavone of Italy. 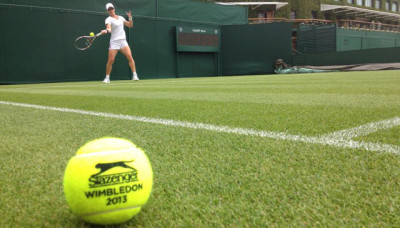 Even before today’s match I was pleased with the way I’d been practicing. I’m getting used to the grass and am feeling good about my game. Sometimes it’s tough playing on grass because it’s not a surface we play on regularly. But I’m feeling somewhat comfortable.

I’ve had a couple injuries this year that have kept me off the court, but right now I’m feeling injury-free. It’s nice to be able to go out on the court and just play and focus on my game rather than focusing on trying to protect an injury.

Grand Slam tournaments such as Wimbledon are the biggest events we play and everyone looks back on these events at the end of a career, but I really try to go into every tournament with the same approach. I’ve had some success at Wimbledon in mixed doubles and doubles and I’m looking forward to another great event this year.

Leading up to Wimbledon, I came to England a bit early and spent some time with a friend and her two young girls. It’s something I’m not able to do often on tour, so it was a nice break. I also had a chance to play paddle tennis for the first time!

I haven’t been home since February, so I’m looking forward to going back to Australia after Wimbledon.

But while I’m on the road, I’m sure to take my WTA SportsPak. And I’ve brought a lot of Booster C 600™ with me because after a tournament you tend to get run down. Right now I’m feeling great!

Have a great day, everyone! Keep up with me on Facebook.

Get to know Sam Stosur a little better…

And here’s a video from our friends at the WTA…