You’ve no doubt seen Amy Purdy wowing the judges and audience of Dancing With the Stars, winning a bronze medal in Sochi, battling for victory on the Amazing Race, and speaking on daytime talk shows.

The girl is on fire! But what you may not know is that USANA Associates Stef and Sheri Purdy are her proud parents.

A Family Focus on Health

The Purdys joined USANA six months after Stef donated his kidney to Amy, who had contracted Neisseria meningitis at the age of 19. She subsequently lost both kidneys, her spleen, and both legs were amputated below the knee.

Stef wanted to provide a healthier lifestyle to his family, so just two days after being introduced to USANA, he was on a plane heading to the nutritional company’s regional conference — and has never looked back.

“I was sold on USANA right from the start,” Stef says. “And within just 30 days of taking the supplements, I noticed a change in my health and my energy.”

Because she had been skeptical of vitamins for years, Sheri wasn’t quite as easy of a sell.

“I took vitamins all the time, but I felt like I was wasting my money,” Sheri says. “However, USANA was different. The products were science-based and that was something I could stand behind. I believe and love everything USANA has to offer.”

Stef and Sheri have been teaching their children to be health-conscious their entire lives, so taking USANA’s products has been a natural extension for them.

In fact, their daughters Amy and Crystal — both USANA Associates and avid product-users — were raised with home-cooked meals each day.

“We never had soda or sweets in the house and no matter how busy we were, I always cooked at home,” Sheri says.

Sheri continues cooking for her daughter on the set of Dancing With the Stars.

“I cook meals for her every day while she’s rehearsing,” Sheri says. “I also make sure she has a Nutrimeal™ in the morning and the USANA Essentials™  to keep her body healthy and strong.”

Ensuring that Amy is healthy has always been a top priority for Stef. And Amy was able to show her appreciation to her dad when she dedicated a performance to him during Week 3 in Season 18 of the Dancing With the Stars competition.

Wearing special prosthetic feet that could point, Amy and her dance partner, Derek Hough, performed a heart-wrenching dance to pay tribute to the man who saved her life.

Dancing With the Stars isn’t Amy’s only claim to fame.

In February, Amy brought home a bronze medal from the Sochi Paralympics in snowboarding — a sport she was instrumental in establishing in the Games.

In addition, Amy co-founded a non-profit organization called Adaptive Action Sports, to help others with physical disabilities live out their dreams. 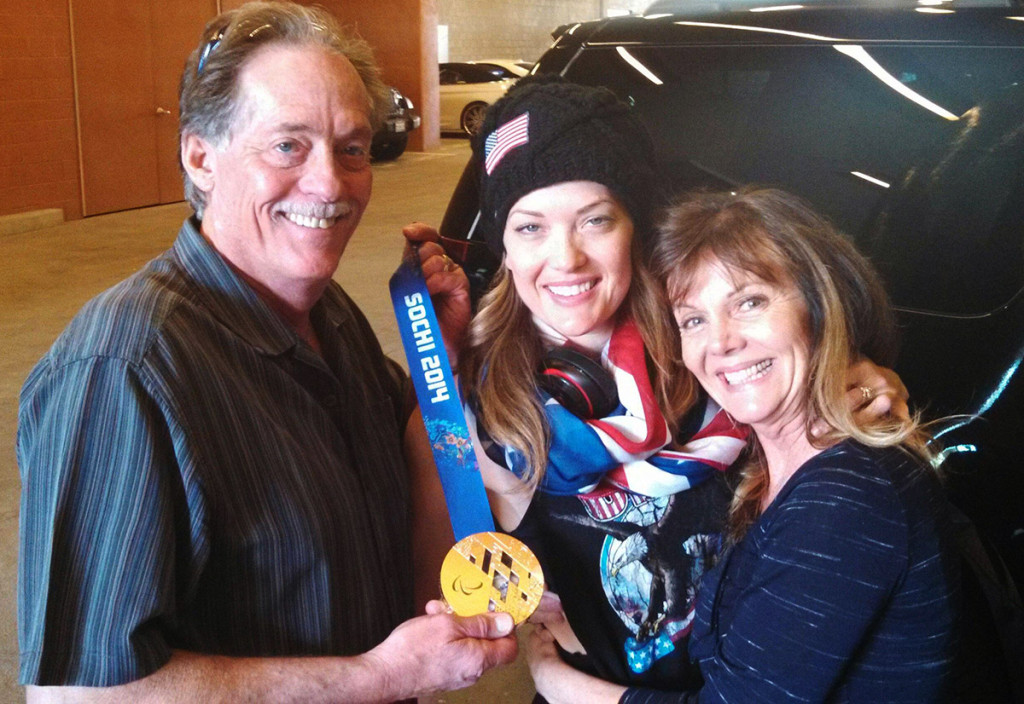 With all of Amy’s successes and triumphs amid what most of us would consider a debilitating situation, it’s easy to see why the Purdys couldn’t be more proud.

Keep cheering on Amy as she continues competing on Dancing With the Stars. And be sure to vote by visiting ABC.com or on Facebook.