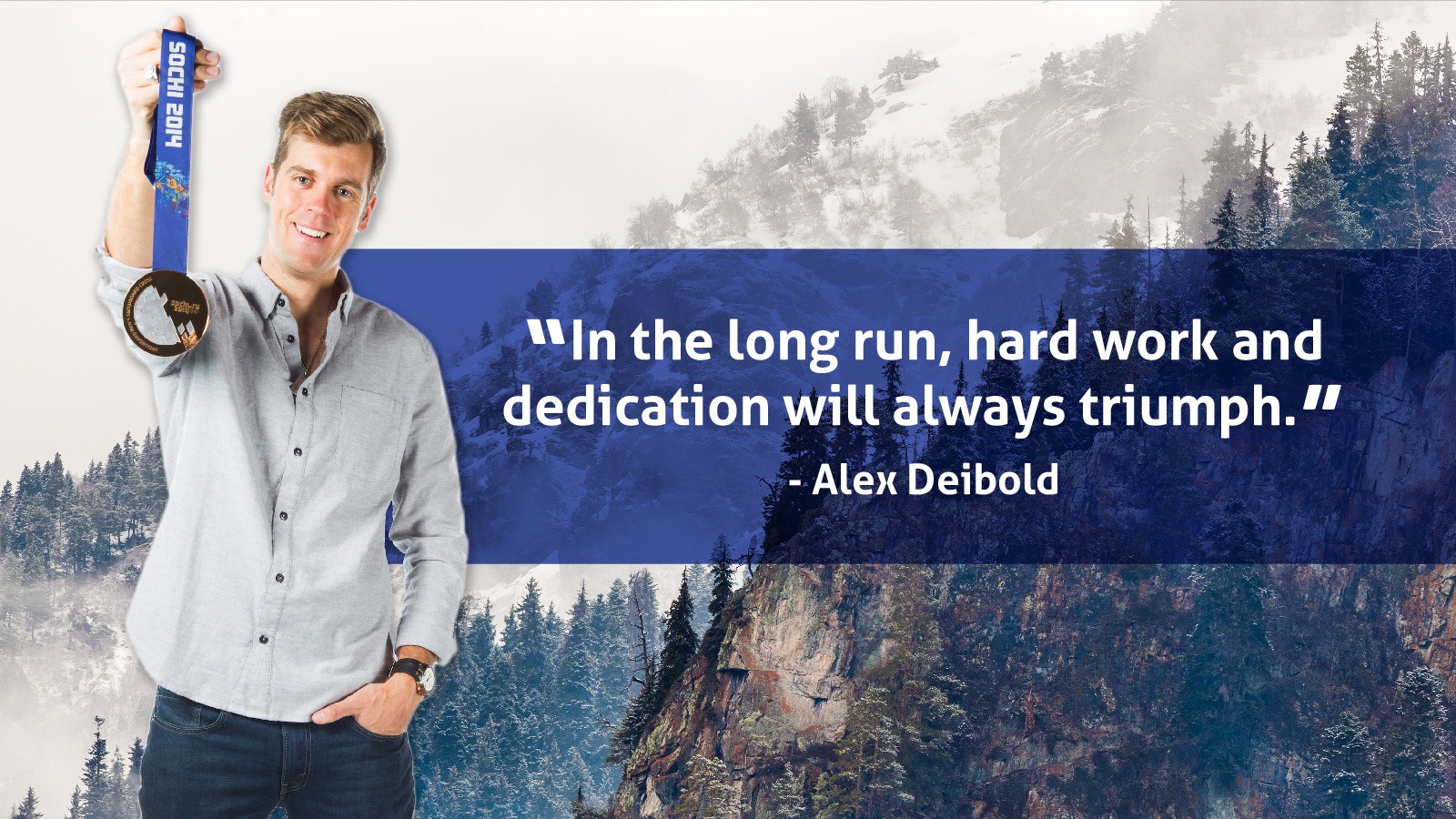 On paper, Alex Deibold wasn’t expected to medal in Sochi.

He had a decent season the year prior, but he didn’t hold as many World Cup or X Game titles that his competition did. Going up against teammates and veteran Olympians like Nate Holland and Nick Baumgartner, Deibold was happy with just making the Olympic team and the opportunity to compete for the country he loves. Yet, during a day of less than favorable conditions, the Vermont native was the only American that would even advance to the snowboard cross finals, and ultimately medal in the event. “At the time, I wasn’t thinking about the podium at all,” recalls Deibold. “I was just thinking about all of the hard work that I put in over those last four years, and what I had to do to get to that finish line. It was a surreal moment for me.”

For those that don’t already know his story, Sochi wasn’t the first time Deibold experienced the Olympics with Team USA. It was just the first time he was able to do so as an Olympian.

Having traveled to Vancouver four years prior as one of the teams wax technicians, he helped his teammates live out their Olympic dreams by prepping their boards—repeatedly coating, smoothing and scrapping layers of wax for hours each day. And while it was a bittersweet time, it allowed Deibold to take in the Games from behind the scenes and come up with a game plan to make sure the circumstances were different next time.

“Going to the Olympics as a wax technician was one of the best and worst experiences of my life,” he explains. “I had to sit on the sidelines and watch my friends and teammates participate in what was my dream, but at the same time, I was able to experience the energy of the Olympics without the pressure of having to compete. The whole experience motivated me to dig deep and work hard so that I would be on the other side of the bench in Sochi.”

And that’s exactly what he did. The following seasons would bring him steady results and a career first World Cup podium. Ironically, that podium would come on the same course that he would secure his Olympic bronze on, exactly one year later. But the journey wasn’t an easy one, working multiple summer jobs to fund his travels during the season and rehabilitate injuries along the way. 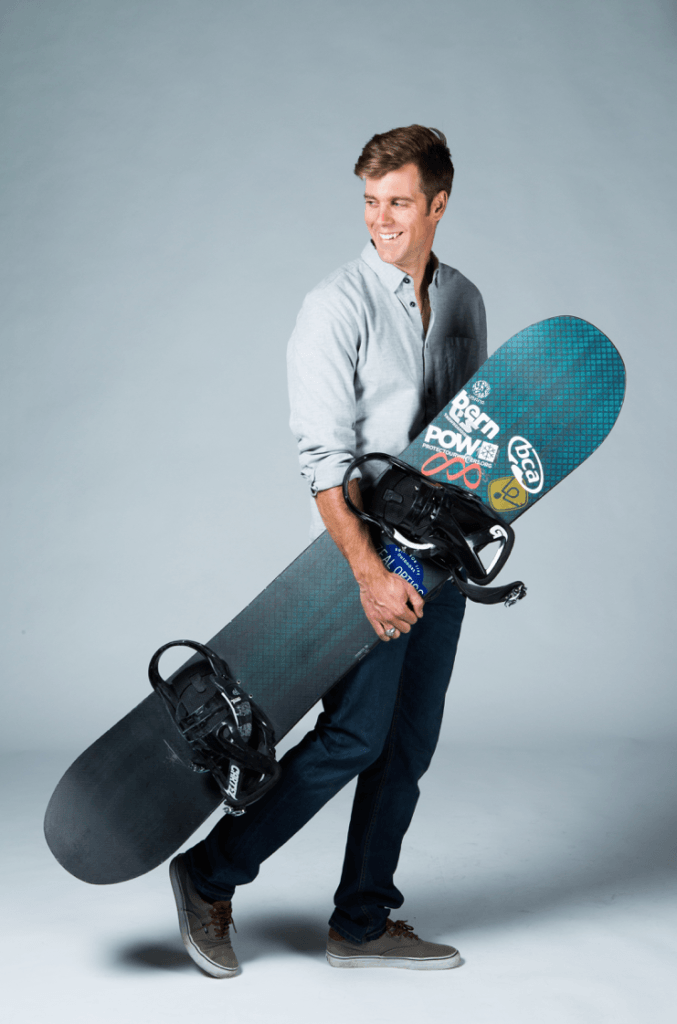 “There have been many times throughout my career where I thought about giving up, and I think that the biggest obstacle I’ve had to deal with throughout my career is luck. There are times when I am at the top of my game, riding the best I ever have, and something out of my control will happen and end my race or season,” Deibold says. “I have to remind myself that with hard work and dedication, over time, the results will come in snowboarding and in life.”

And with time, things have gone his way. After countless hours of physical and mental preparation, and a lifetime dedicated to the sport he fell in love with when he was four years old, Deibold doesn’t have any regrets or resentment toward the adversity he faced to live out his dream.

Moving forward, he’s focused on having fun, staying healthy and giving consistent performances this season. And maybe, not having to wax his own board for a while.

“I love snowboarding because it is so dynamic and always progressing. When you compete, you’re pushed to improve whether you want to or not, and I’m very fortunate to be able to do what I love,” he explains. “I never take my experiences for granted and have learned that in the long run, hard work and dedication will always triumph. If you’re passionate about what you are doing, the hard work comes so much easier.”

Why he chooses USANA to help fuel him: Integrity. As an elite athlete I spend a huge amount of time training and I have to be careful what I put in my body. USANA gives me piece of mind that everything they make is of the highest quality, and exceeds industry standards. 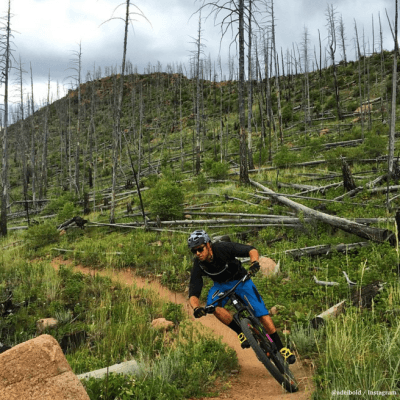 His go-to USANA products: I really like the MyHealthPak because it’s so simple to travel with and has everything I need. I also like Booster C and Probiotic when I travel to help keep my immune system healthy.

The exercise he never skips: Squats. You never skip leg day. They work so many different muscles that are important not just for snowboarding, but for staying healthy.

Where you’ll find him in the off-season: I love being outdoors. Riding bikes—mountain, road or cross—is a great way to stay fit, but for me it gives me a sense of freedom that reminds me of being a kid. I also love rock climbing, back packing, and surfing.

What he’s passionate about: The environment. Mother Nature has provided me with all of my best and favorite memories. I want to do whatever I can to make sure that the generations to come can have the same experiences I did.

**These statements have not been evaluated by the Food and Drug Administration. The products mentioned are not intended to diagnose, treat, cure, or prevent any disease.