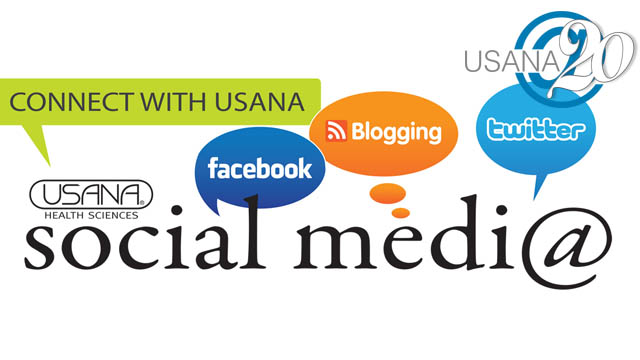 In social media terms, 2008 is virtually prehistoric times. But that’s when — in March of that year, in fact — USANA’s now-Chief Communications Officer Dan Macuga decided USANA should take the plunge into the relatively new territory of social media.

After about 6 months of testing the waters by setting up Facebook and MySpace — yes, MySpace — pages, USANA officially formed its award-winning Social Media Department.

Not long after, the team launched USANA’s must-read blog, What’s Up, USANA?, which is now the hub for USANA’s social media efforts.

In the beginning, USANA’s corporate social media sites were operated by a two-man team consisting of Tim Haran, now the senior manager of social media, and Jason Miller, who’s now a lead online designer, and the whole operation was led by executive director Ashley Collins.

Early on, the team had no beef with taking on such a responsibility. At the time, it didn’t seem like that daunting of a task.

“We really had no idea what we were getting ourselves into or what this would become,” Tim says. “To be honest, I was surprised Dan and Ashley were asking more than one person to take this on. It seemed like something someone could do as more of a side job.”

As the person who now oversees almost all of USANA’s social media operations, Tim understands how important social media — blogging, Facebook, Twitter, Pinterest, YouTube, etc. — is to what USANA does. He likes to say social media was tailor-made for network marketing. 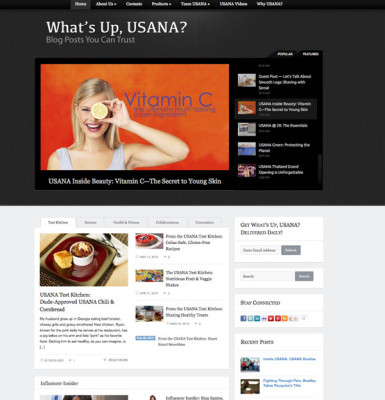 “Not even 4 years later we have at least 30 people contributing to our corporate social media presence — content creation, customer service, field promotion, etc. — and there are thousands of Associates who read and share the information about the company in real time,” he says. “Social media is the preferred communication method for millions of people. USANA has been and continues to be an industry leader in using various platforms to connect with a variety of audiences.”

One big project that’s helped connect the Home Office with USANA Associates, Preferred Customers, and the general public in new and exciting ways is the recent redesign of this very blog.

The site showcases the near-daily content produced by USANA’s team of about two dozen blog contributors. It’s a more visually appealing design and is better suited to organize information important to distinct audiences. In addition to managing the blog, the corporate social media group oversees dozens of Facebook pages, Twitter streams and other social sites.

The official team now includes Jessica, a general social media rock star responsible for much of the content you see posted to Facebook or Twitter, and Boyd Bastian, whose focus rests primarily on search strategy and online reputation management.

But like I said, many others help out with social media and the Home Office team also coordinates with USANA markets worldwide to bolster social media’s international presence.

“When it comes to marketing your business, I’m all for social media! Through Facebook and Pinterest I’ve been able to share the USANA message with people I never dreamed of connecting with. Now, I can promote USANA to more people without accruing extra advertising expenses, and I also have a personal site that helps keep me connected to friends, family, and customers. I share information about USANA and their products, which helps others understand what we do as Associates.”

What’s Up, USANA? made its debut in December 2008, and although it had only been active for a month, the year-end page-view total was pretty dismal…unless you consider 17 hits something to write home about. As a comparison, What’s Up, USANA? is about to surpass 1 million page views.

In 2007, USANA made a huge breakthrough in regard to personalizing individuals’ daily nutritional supplementation. USANA’s MyHealthPak™ was introduced, offering individuals a way to choose their own supplements and create AM and PM packs specific to their personal needs.

December 2007 was also when USANA hired Tim as a Writer I — an entry-level position. Little did he know that he would become a master in all things social media.

Stay in Touch: How & Where to Follow USANA on Social Media
3 replies