Clarissa Pritchett’s passion for health is tied to one of her main goals in life — to be happy.

“I know what it’s like not to be healthy, and I believe when people are healthy they are happier,” Clarissa says.

Clarissa and her two younger sisters grew up in a single-parent home. They always lived in an apartment or trailer, and most of their food came via food stamps and WIC. With limited resources, their diets consisted of white grains, whole milk and some fruits and veggies. Snacks were often soda, ice cream or other junk food.

“That was what my mom could afford, and she did her best to give us healthy fruits and vegetables,” Clarissa explains. “Knowing what I know now about nutrition, I realize I was already addicted to sugar and simple carbs as a child.”

Clarissa became overweight. But it wasn’t until she was in eighth grade that she became aware of her body image. She was watching a Tae Bo TV infomercial featuring Billy Blanks and she felt a tug at her heart.

“I wanted to be someone who inspired others to exercise, but I knew I was chunky because other people would point that out,” Clarissa says. “I wanted to be a motivator, but at the same time, I had no self-confidence.”

Uncertain of her own talents and embarrassed about her job cleaning other people’s homes, Clarissa stayed mostly to herself. “I questioned my purpose many times,” she tells What’s Up, USANA? “I felt like I just didn’t belong or that I was not good enough to become the lawyer or doctor that I dreamed of as a kid.” 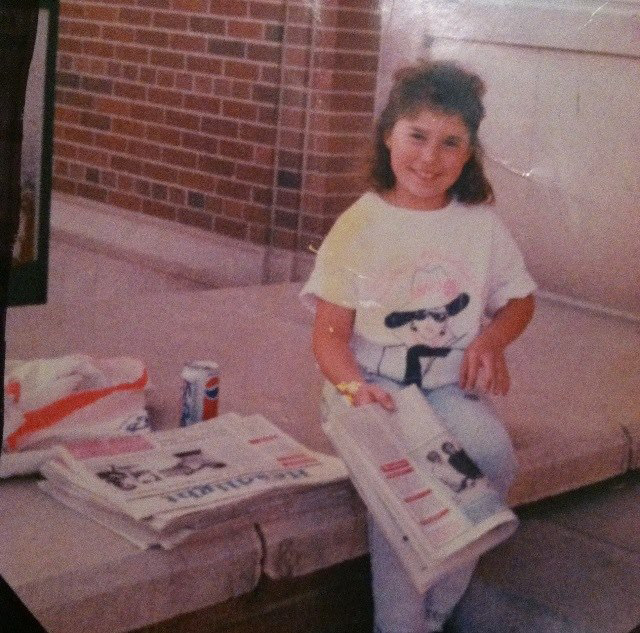 At the age of 10, Clarissa got a job selling newspapers.

But there was one area where she felt she always did well: health and physical fitness. So after high school graduation, she joined the Army and set her sights on a nursing degree. Clarissa wanted to make her mom and family proud, and was awarded a scholarship to New Mexico Military Institute where she received her associate’s degree and commission in the Army. She then transferred to the University of New Mexico for its nursing program.

Clarissa was going to school full time, working two jobs and serving in the National Guard. It was hard work, but she felt it was paying off. And it was, until she became ill. Clarissa was admitted to the hospital with severe back pain, and four days later, she was undergoing emergency surgery to remove two large dermoid tumors from one of her ovaries.

Instead of feeling relieved, Clarissa left the hospital with more worries than she had when she went in. She didn’t know if she’d lose her jobs because she had no sick leave; she needed to pass a military fitness test or she could be discharged; and time off from school meant there was a possibility she could lose her scholarships.

Clarissa was able to pass her next Army fitness test, but she wasn’t able to return to one of her jobs, and she accrued a lot of credit card debt as a consequence. She wanted to give up, but that’s not in her nature. In 2007, Clarissa graduated with a bachelor’s degree in health education.

Today, Clarissa works full time at a Veterans Affairs Hospital as an assistant in its nutrition department and continues to serve in the Army National Guard once a month as a Medical Service officer. She’s also working toward new educational goals: completing her health coaching certification from the Institute for Integrative Nutrition, completing a master’s degree in public health and applying for a physicians assistant program.

“I will always continue to keep up my continuing education for personal training, group exercise and anything that has to do with fitness and nutrition,” Clarissa says. “I will be a lifetime student. I love learning and teaching!” Clarissa chronicles her road to fitness through photos, culminating in a 2008 body building competition where she took second place in the Fitness Model and Figure Short Novice divisions and third place in Figure Short.

Healthy living has become an integral part of Clarissa’s life. At home, she lives simply. She and her husband use The Healthy Home as a guide to keep every room clutter and toxin free. They have meals with their son at home instead of going out, and they also work out together at home. She has also integrated USANA into her health regimen.

The Silver Director first heard about USANA while attending the New Mexico Military Institute. After she had moved on to the University of New Mexico, a former NMMI ROTC classmate approached her about USANA. Clarissa didn’t really have time and told him she didn’t want to be part of a “pyramid scheme.”

Five things happened after that conversation that eventually led to Clarissa changing her mind. 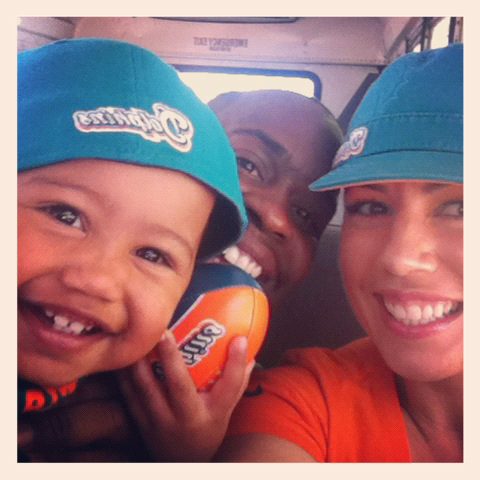 The rest, Clarissa says, is history. “I am now 30 years old, and I feel healthier and younger than ever. I’m blessed that I can keep my husband and son healthy along with my clients and friends. In addition, I love all my amazing teammates who have hearts of service and giving back and who believe in the vision of Dr. Wentz of true health. I’m grateful for my up-line Emerald Jeff Doria from NMMI who has an amazing heart and never gave up on me.”

As she moves forward with school, work and life, Clarissa knows health will remain a high priority. “Being strong in each component of health is so much more important to me now than when I was single and a workaholic,” she says. “Any parent will talk about how much children change your life, and I want to not only tell my son and possible future kids that he/they can do and be anything, but I want him/them to believe me by me setting the example in accomplishing my goals and supporting my husband with his goals.”

Clarissa is taking what she’s learned from USANA and sharing it with others. Last year she created MyHealthySisters, a global online team of women in business. “We are a diverse team of women from many different backgrounds and walks of life,” she says. “We are different colors, ages, shapes and sizes, and we all have amazing talents and passions that we can synergistically work together to empower, educate and lead other women to live their healthiest fullest potential.”

“Because our team of women in USANA is so diverse, and we all live in so many different places, we wanted to come up with a brand that encompassed us all and made other women feel like they could belong and be able to share their own flavor when it comes to health,” Clarissa explains.

“When you see and get to know MyHealthySisters, you will definitely know we can give you sugar, spice & everything Healthy to live happy and well! Together We Love, Live & Lead Health with Sabor (flavor)!”

20 Principles of Success Not Taught in School

Now’s Your Chance to be a Video Star!

Meet the New USANA. It’s All About You.