With a voice that has been heard by millions, Bill Kurtis is a talented television journalist, anchor, and narrator, and his career has spanned numerous decades. And while he still lends his voice to popular programs such as NPR’s Wait Wait…don’t tell me! and movies like Anchorman: The Legend of Ron Burgundy and Anchorman 2: The Legend Continues, his voice also tells another story — the USANA story.

A Career in Lights

Bill is an individual focused on seeing the positive in life and not letting difficulties deter him, an attitude that has helped him immensely in his long-running television career.

“You can overcame obstacles by taking a deep breath and sitting down,” he says. “You should never make a decision on the spur of the moment in reaction to bad news.”

It is that positive attitude that took Bill from a high school student in 1958 wanting to be the next Walter Cronkite to a successful man fulfilling a career in broadcasting.

Bill hasn’t just seen many historic moments play out on television — he has been the one responsible for telling the story.

“I covered the Charles Manson trial for ten months for CBS News, and I also broke the Agent Orange story about veterans being exposed to the U.S. defoliation in Vietnam,” he says. “Every reporter wants to have an impact, to see his story result in change for the good. When we broke the story, we were criticized and we had to prove our case against corporate manufacturers of the defoliant and the U.S. government.” 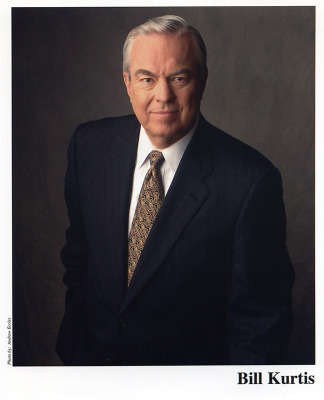 Many will never be on the front lines of breaking news, but for Bill, that is where his true passion for telling the story comes through.

As he recalls, “I worked in my chosen profession of broadcasting through college and law school in Topeka, Kan., and then came one of those life-changing events. In 1966, I was studying for the bar when a friend asked me to fill in for him doing the 6 p.m. news on WIBW-TV. I was on the air when a tornado was reported at the southwest edge of the city. I had to make a life-or-death statement to get people convinced there was danger enough to go to the basement.

It worked. The city of 150,000 took cover as the F-5 tornado plowed though the center of town for 12 miles. It was life changing and convinced me to get on track with my earlier dreams. I gave up practicing law and in three months I was in Chicago beginning a 30-year career with CBS.”

Following that era in his career, Bill started his own company, Kurtis Productions. “We started what has become the ‘golden age’ of documentaries on cable television. We’ve produced Cold Case Files on A&E, in addition to producing for National Geographic and Discovery mostly in news and information programming. I think that was my calling — telling non-fiction stories so people could make intelligent decisions about their lives,” he says.

From the Small Screen to USANA

While Bill has led a very successful television career, he also has an entrepreneurial spirit. He established his production company in 1988 and in 2005 he founded Tallgrass Beef Company, a grass-fed cattle company that is leading the way in the natural food movement. That company ultimately led him to USANA. 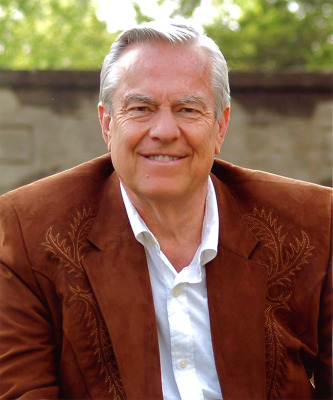 “You can’t get all your nutritional needs from a single meat, fish, or vegetable product. Along with a balanced and varied diet, you should supplement your diet with high-quality, selective vitamins and minerals,” he says. “After searching and examining various sources, I found USANA and decided it had the best quality control and was the most effective of all the supplements.”

Bill’s USANA story began less than a year ago, but in that time he has established fulfilling relationships with those he meets. “My USANA business has put me in contact with individuals who also need dietary supplements that will fill their needs. Over-processed foods have removed nutrition and replaced it with too much sugar, salt, and fat in order to increase profits. That’s what I make speeches about,” he says. “One of the most rewarding parts of USANA is knowing I am associated with good, solid science that is fulfilling a need.”

While Bill’s voice and talents continue to be a vital addition to the entertainment world, his message of the importance of solid nutrition will also be just as long-lasting.