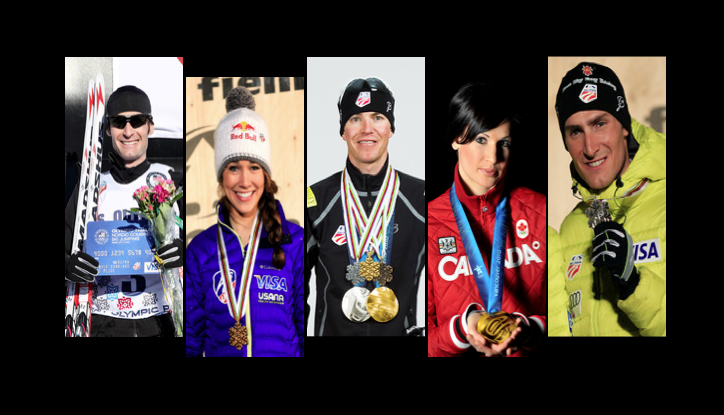 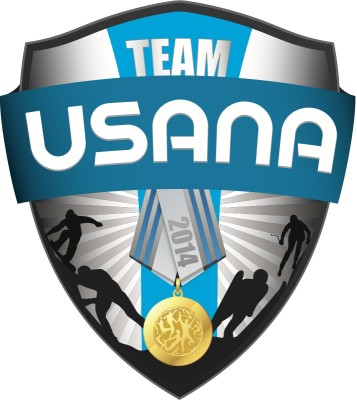 You’ve seen them on TV and onstage at International Convention. You’ve followed them as they’ve trained their hardest for glory at the Winter X Games and world cups. And now you are about to watch Team USANA compete in Sochi for the one thing they’ve been training for their entire lives.

But because we still have 11 days before the 22nd Winter Games kick off, here are some fun and interesting things you can share with your friends, family, trivia nerds and co-workers to get them excited to watch our athletes too, Feb. 6-26.

2.     Official coverage begins on NBC on Feb. 6! For local listings (US only), check out this spiffy schedule and set your DVRs to record the events! For days Team USANA athletes have the opportunity to medal, check out this magnificent calendar I created for you below.

3.     USANA is the longest-standing partner of USS and USS is the largest medal contributor to Team USA’s overall Winter Game medal count with 85 medals. With the speed of short track stars, J.R. Celski and Jessica Smith and long track favorites Shani Davis and Heather Richardson, the team could hit the 100 mark.

4.     The 2014 Sochi Games will be the biggest Winter Games to date, thanks to the addition of 12 brand new events, including ski slopestyle and women’s ski jumping!

5.     For the first time ever, three Winter Games events will begin — figure skating (team), freestyle skiing (moguls) and snowboarding (slopestyle) — before the Opening Ceremony on Feb. 7.

6.    A grand total of 98 medal events will be held in February, with Team USANA eligible for 82 of them! To help you keep track of our record, we created this gem that will be hosted on our Team USANA social media sites.

8.     Team USANA will compete in nine of the 11 newly built arenas Sochi has constructed for its first Winter Games. The venues, which have been split in to two distinct “clusters”, will hold all ice events near the Black Sea in the Imeretinskaya Valley, and skiing and sliding events in the Krasnaya Polyana Mountains. (See map here!)

9.     Sochi is estimated to be the most expensive Winter Games in history, costing $50 billion! According to the Los Angeles Times, these Games cost more than the total costs of all previous Winter Games combined.

During the month of February the International Olympic Committee will be enforcing Rule 40 of the Olympic Charter, which limits what USANA and its Associates can do to promote its sponsored athletes on all social media outlets, blogs and through any marketing or advertising tools. Rule 40 generally prohibits competitors, coaches trainers and officials who participate in the Olympic Games from allowing their person, name, picture or sports performances to be used for advertising purposes during the Winter Games.

With that said, we kindly ask that you refer to Team USANA’s social media outlets (Facebook, Twitter and Instagram) for all approved and shareable content, to avoid violating the IOC’s guidelines and putting USANA’s sponsored-athletes in any risk of being disqualified from competitions and/or losing their medals.

OK guys. If you’re not even more excited to watch USANA’s incredible athletes compete now, I don’t know what else can be done. Maybe you should read more about some of the athletes representing Team USANA , courtesy of our very own Dave Baker and Katie Roundy!

If THAT doesn’t work, well then, you should probably avoid all media outlets for the next month. And well…good luck with that!

Look for more information about other USANA athletes who will be in Sochi as we get closer to the Winter Games in February, by following us on Facebook, Twitter and Instagram (@TeamUSANA)!

So You Want to be Like … Ski Champ Billy Demong

USANA Athletes: Kick-Off the Year with a Bang